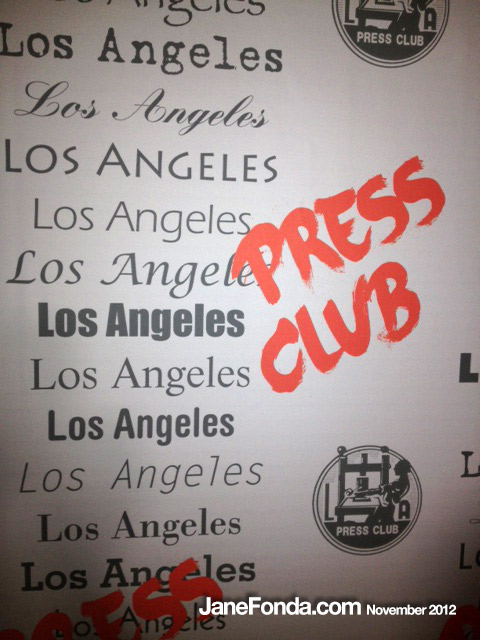 Last Sunday I received the first ever Visionary Award For Improving the Lives of Others from the Los Angeles Press Club. It was a big honor I felt, and a moving experience. Robert Redford flew into town especially to present the award to me and his words were so beautiful and generous. (He looked pretty beautiful, too). 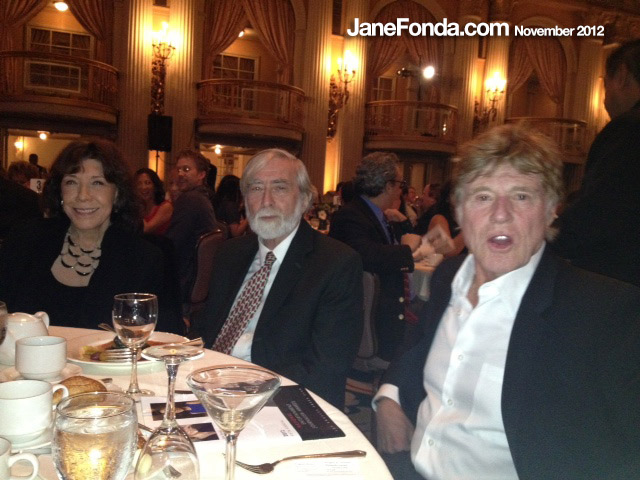 Redford, Bob Scheer and Lily Tomlin at my table

Lily Tomlin sat at my table along with Melanie Griffith and friend Kathy Griffin who presented the Luminary Award to Hollywood Reporter publisher Janice Min. 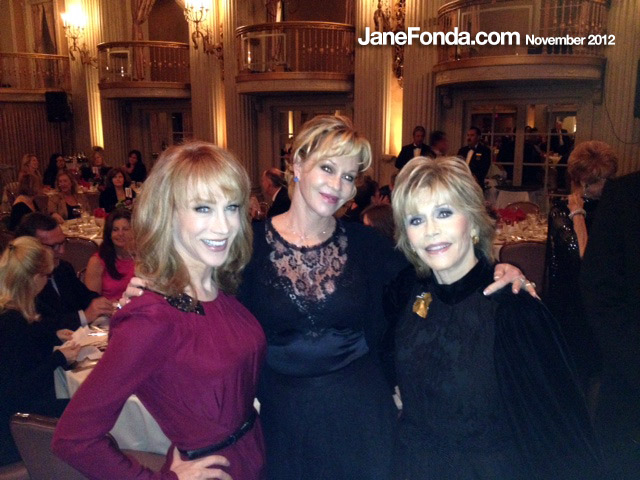 Kathy Griffin, Melanie Griffith and Me

HBO and “The Newsroom” took a table where one of our directors/producers, Alan Poul sat with Sam Waterston, Jeff Daniels, Chris Messina (who plays my son on the show) and Nancy Lesser among other wonderful people. I was very touched that my “Newsroom” colleagues came to support me, especially since they had early calls for work the next morning. (Jeff’s call was for 5:30!).

But Jeff didn’t just show up. He wrote a song for me called “Abs, Buns and Thighs” – a title he took from one of my workout videos. Taking to the stage with his guitar and his beautiful voice he rocked the room and brought me to tears from laughing. And it was a long song! How he managed to memorize all the words when he had pages of Aaron Sorkin’s dialogue to learn the next day, I will never know. But then Jeff has always been an outside of the ordinary kinda guy. 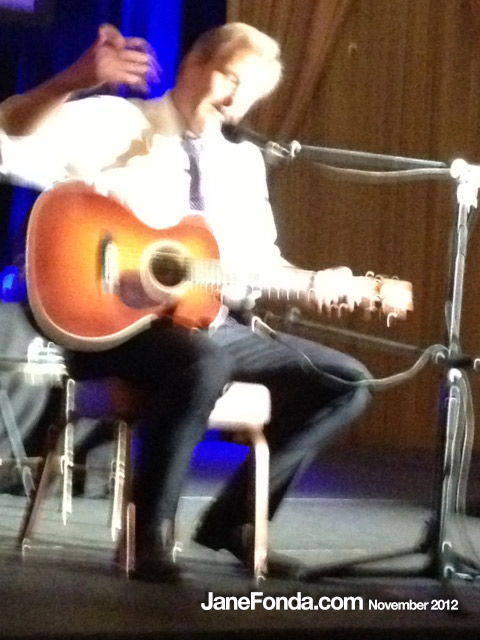 Sorry that this photo is somewhat blurry but you get the idea. When I stood up to take the picture he shouted, “Oh don’t take a picture, Jane. You’ll just go and tweet it.” Yep.

Also to my great surprise, there were film clips from Jimmy Buffett (who also sang to me—a funny version of Happy Birthday), James Taylor, Vanessa Redgrave and Ted Turner. Dolly Parton, Ted and Michael Douglas took out full page ads of congratulations. You better believe I felt the love that night.

After I received the award from Bob, NBC TV co-anchor and journalist, Robert Kovacik, interviewed me for 15 minutes. Since the award was for my public service and non-profit work, I spoke about The Georgia Campaign for Adolescent Potential & Power which works with teens and the adults who work with them on healthy relationships, healthy bodies and sexuality education. I also spoke about the Jane Fonda Center at Emory University School of Medicine which focuses on adolescent reproductive health, V-Day: Until the Violence Stops, a global organization aimed at stopping violence against women, and the Women’s Media Center which I co-founded with Gloria Steinem and Robin Morgan 8 years ago to ensure that women have an equal voice in the media.

I want to say a word more about that interview with Mr. Kovacik because I’m told some negative stories have come out about it, suggesting that I said the role of Nancy Reagan was too mean or some such. Sorry folks, any decent person who was there heard loud and clear that what I said was just the opposite. I played a cameo as Mrs. Reagan recently in the film “The Butler.” I told Robert that there was something originally in the script that had her doing something that wasn’t very nice, and that I said to the writer and director that, if it really happened, I would play it, but that if it was made up I wouldn’t do it. I asked the writer to stress Mrs. Reagan’s strategic importance as First Lady. As her daughter Patti wrote in her memoirs, Nancy was like a Chief of Staff. You had to get past her to get to the president. She protected his legacy like a lioness her cubs. It was her idea to have a summit with the Soviets and she wanted more moderates around Ronnie, more political diversity. I wanted to show that. And yes I said my biggest regret was sitting on the anti aircraft gun. But why that’s being reported as new news perplexed me. I wrote extensively about this in my memoirs eight years ago, have expressed that same thought in hundreds of interviews over the years and wrote about it on my blog as recently as last year.

I, too, had an early call to film “The Newsroom” (though not as early as Jeff). 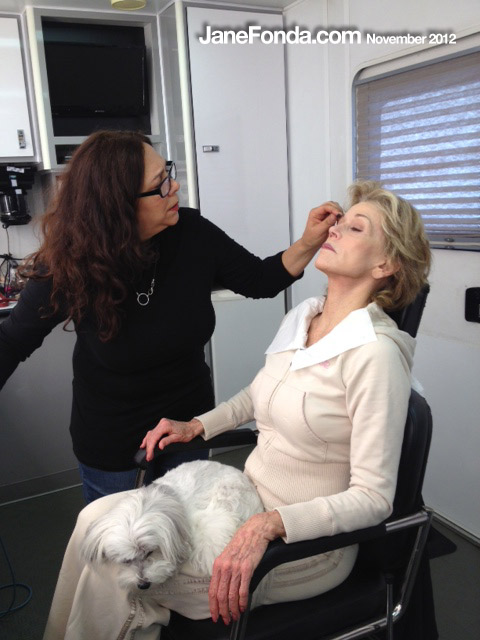 Here I am in the makeup trailer as Jane Galli gets me ready and Tulea sleeps. 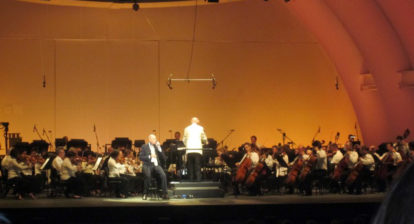 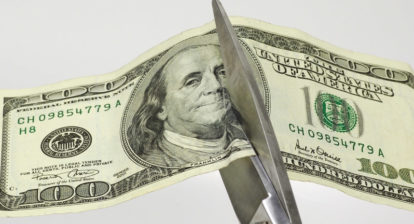 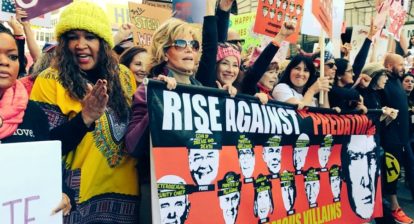