I did three magazine interviews this morning, then did the 3 hour Michael Drucker show called “Vivement Dimanche” which is one of if not the most popular TV shows in France that airs Sunday afternoons throughout Europe since 1997. I did the show 7 years ago to promote my memoir. Vanessa, my grandkids and Tulea were all with me then on the show and I was astonished at how huge the audience was—I got so much feedback. This time, among the other guests with me were Christian Vadim (Vadim’s son with Catherine Deneuve whose diapers I used to change). He was joined by his cast mates to promote their play and my cast mates from our French film, “Et Si On Vivait Tous Ensemble?” (It opened in the U.S. last Friday with the title “All Together” and is currently one of the top films in Mexico and Brazil). 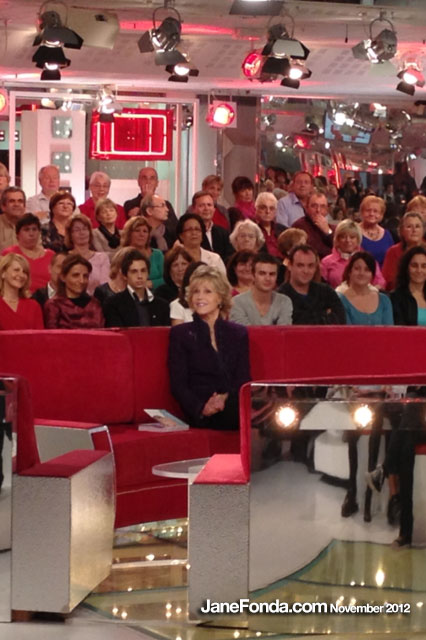 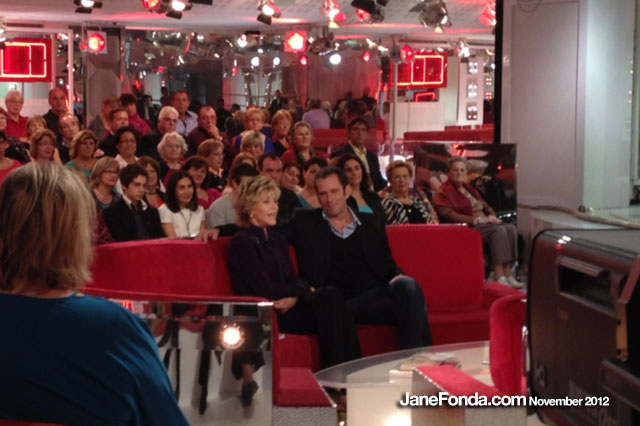 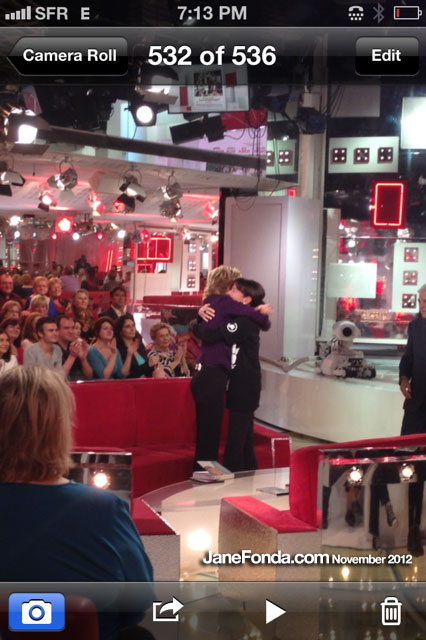 You see me here greeting Geraldine Chaplin, Pierre Richard (who plays my husband), Guy Bedos and Claude Rich. There we all are at the end of the show with Michael Drucker standing behind us. It’s nice that we’ve remained friends. 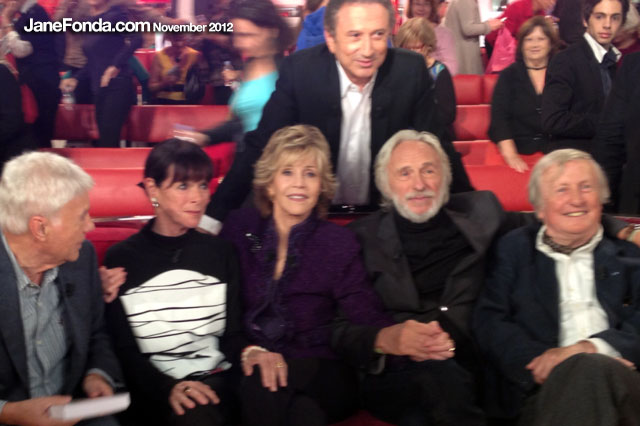 This morning there were 3 TV interviews. This most interesting one called “Tea au Café” (Tea in the Café) with Catherine Ceylac who looks like Diane Sawyer and was a terrific interviewer. 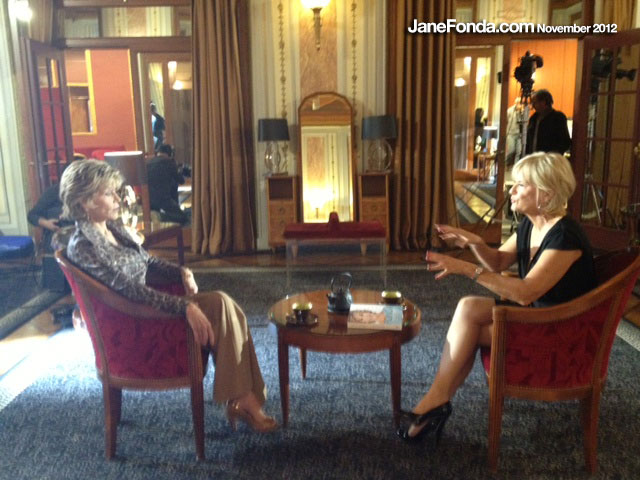 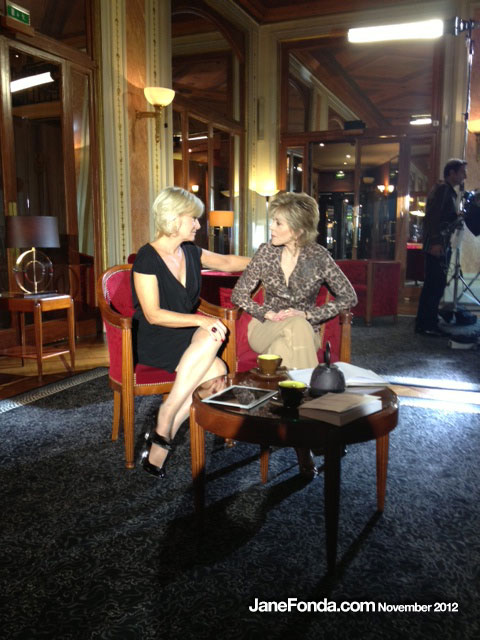 On one of the most popular French shows, “C A Vous”. Christian Vadim joined me again to promote the play he’s in. 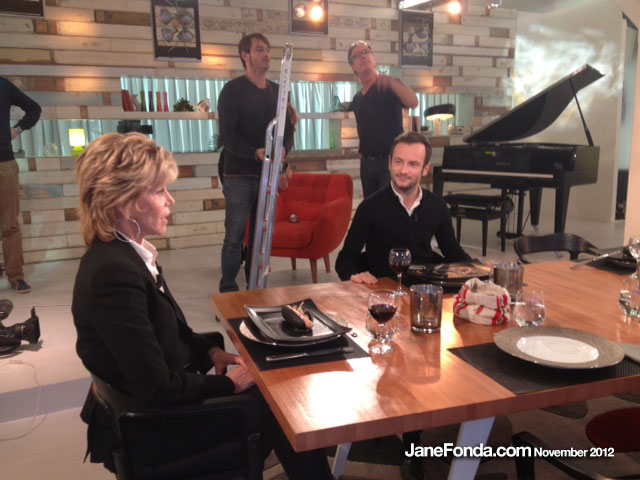 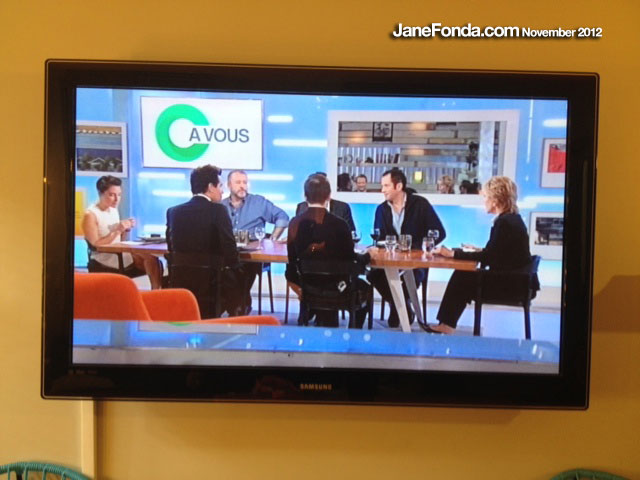 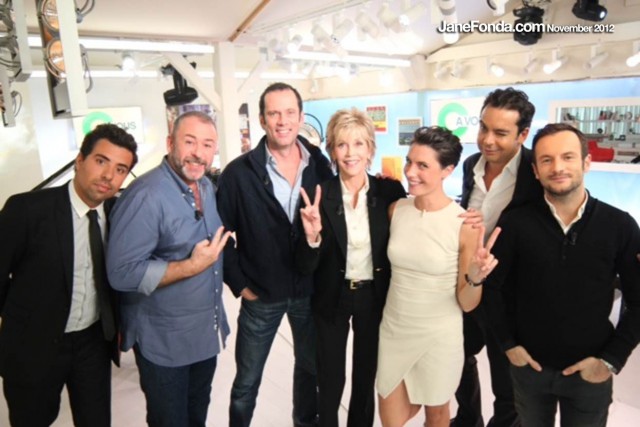 From the last TV Show. Christian Vadim is on my right.

Here is are some photos from my book signing at the huge Parisian bookstore followed by a cocktail party given by Plon, my French publisher at the famous left bank Café Flore. 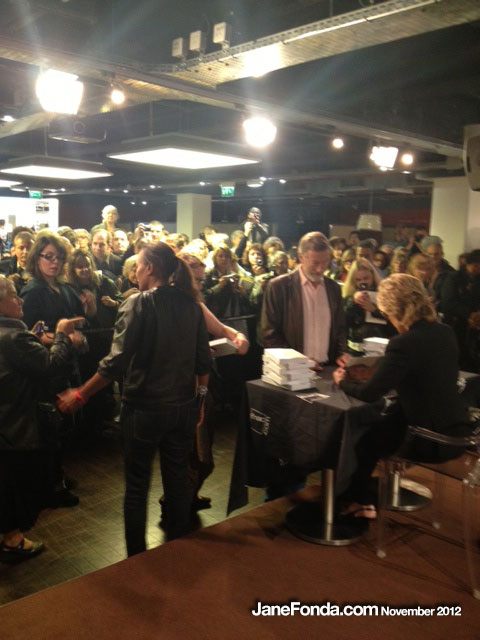 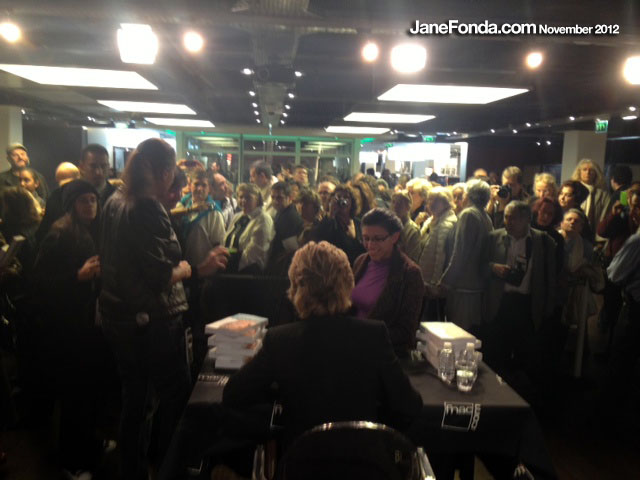 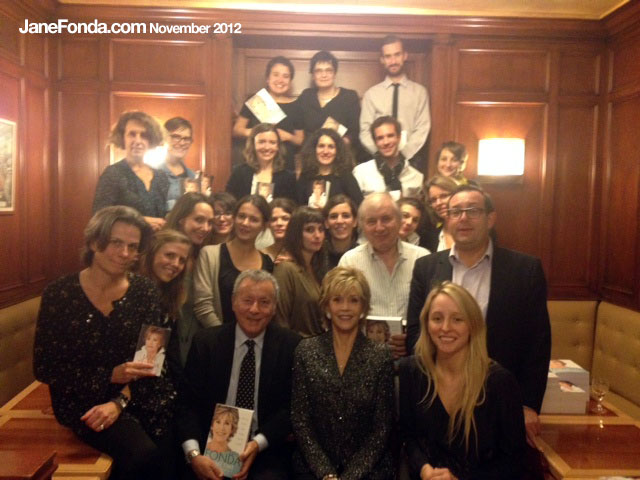 Here I am with all the folks from my publisher, Plon, and the main book sellers at the cocktail reception at Café Flore.

Share This Post
Previous ArticleLetters from Ground Zero IVNext ArticleThe Women’s Media Center “2012 Elections: Women Make Their Mark”
You May Also Like
LAST NIGHT AND TODAY
June 22, 2010
FIRST DAY IN FRONT OF CAMERA WITH THE CAST
May 26, 2010
SHOOTING DAYS
June 8, 2010
PRESS CONFERENCE AT THE PARIS HOTEL DE VILLE
June 10, 2010
WE BUILT IT AND THEY CAME
July 5, 2010 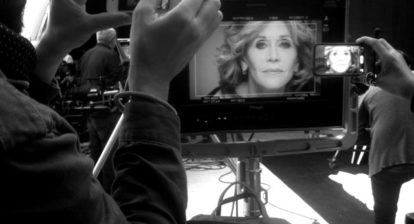 TWO INTERESTING WEEKS AWAY FROM HOME (INCLUDING PARIS)
October 16, 2013
10 Comments