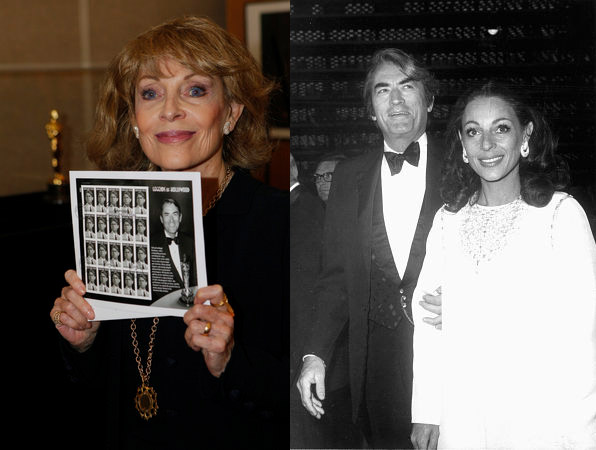 Veronique was Gregory Peck’s wife. He met her when she, a French reporter, interviewed him in Paris. When he spoke about her it was clear that she was the shining center of his life and, for those who knew her, it was easy to understand why. Friday, her daughter Cecile, sent out an email to friends telling us that Veronique had just died. Both Richard and I were stunned. We had no idea she was sick. I don’t know what she died of. All I know is that it is hard to believe that such a vibrant life force is gone. Strange, I had been thinking about her a lot lately and wanting to ask her to dinner. (Lesson: act on those feelings. You never know when it might be too late)

I got to know Veronique while in Mexico filming “Gringo Viejo” with Greg in 1988. I watched her closely. She was the kind of woman a part of me wishes I was. She was on the set almost every day, by Greg’s side, making sure he was comfortable, that all his needs were met, that he would have at least one good laugh before the day was over. She was good at laughter. She was brilliant at creating unforgettable parties, putting together just the right mix of people. She loved to have a good time, to create happiness in her home. Someone told me (I can’t remember who—maybe Cecile–) that Veronique and Greg had a sort of ritual in the evenings when they would be going out: He would wait downstairs at the bar, mixing them drinks, waiting for her. When she would finally descend the stairs, he would be there, gasping and applauding her beauty. She knew how to get decked out.

To me, she was the quintessential French beauty…not perfect, but beyond perfect, with that certain allure—the French call it “Je ne sais quoi”–the glistening, sexy eyes, the full mouth, the smooth, matte skin. She was always interested in people, asking questions, noticing things about them, making them feel special.

I used to joke with her about her being a witch because she would always know if I was with the wrong man…it was as if she could smell it. She knew I would be with Ted Turner before I did. I will miss her very much.