Just finished my Cameo on “Better Living Through Chemistry“. We filmed in Annapolis, Maryland. I’ve never been there before. Who knew how utterly charming it is? Loved it! Wish I could have stayed longer. 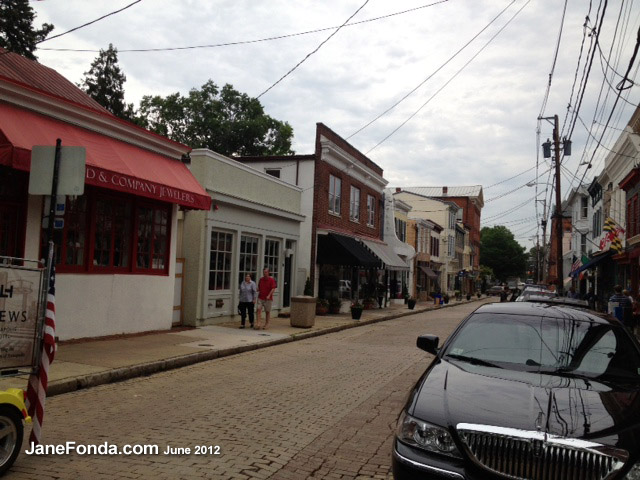 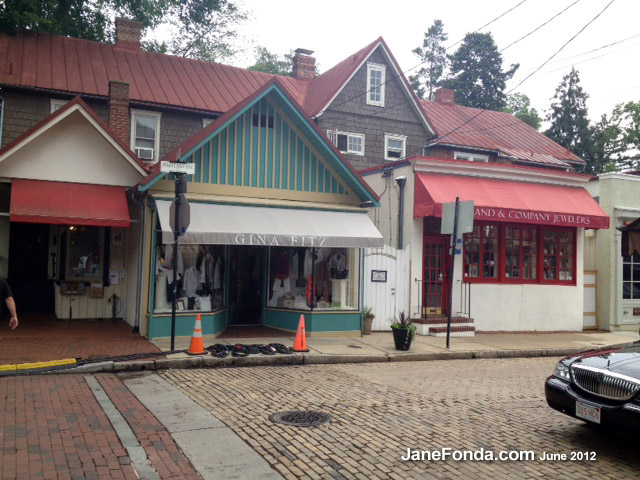 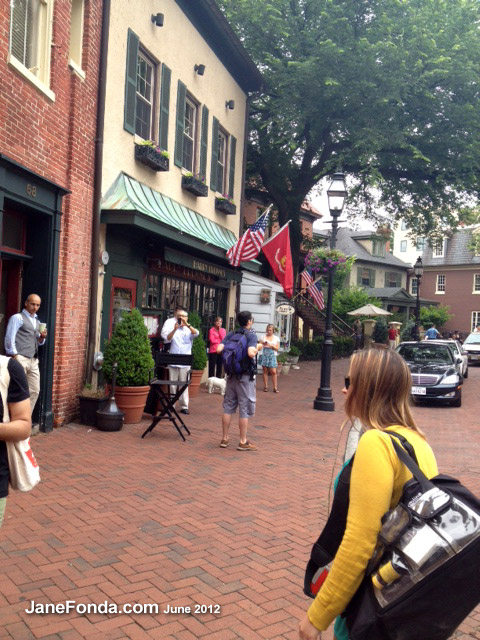 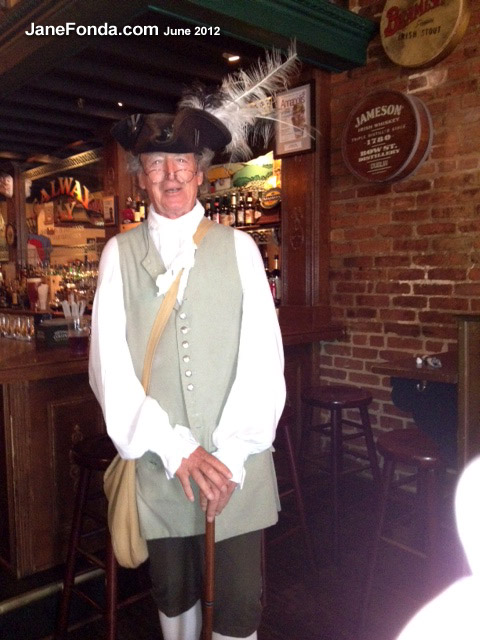 Here's the 'Town Cryer' who gives walking tours of the historic city. 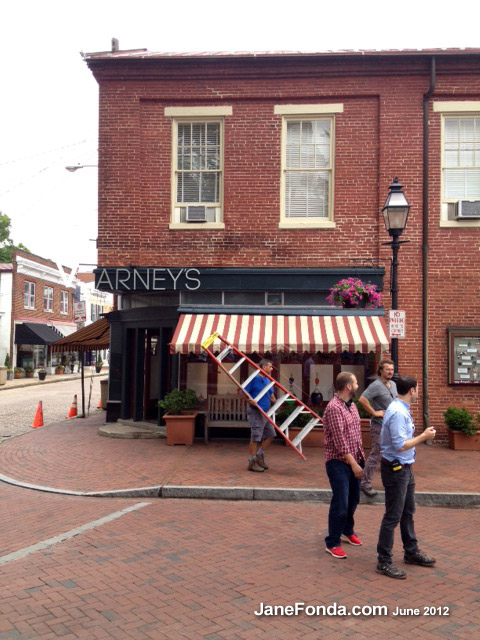 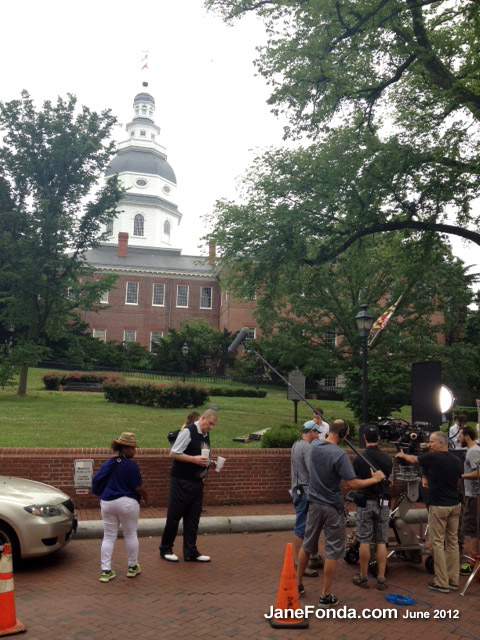 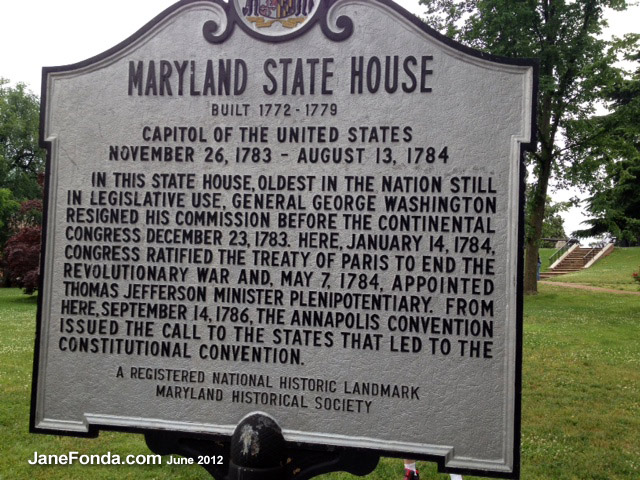 My scene was in the Varney pharmacy (created for the film in an old, empty store on the corner of a lovely, Cobblestone street, opposite the state house. 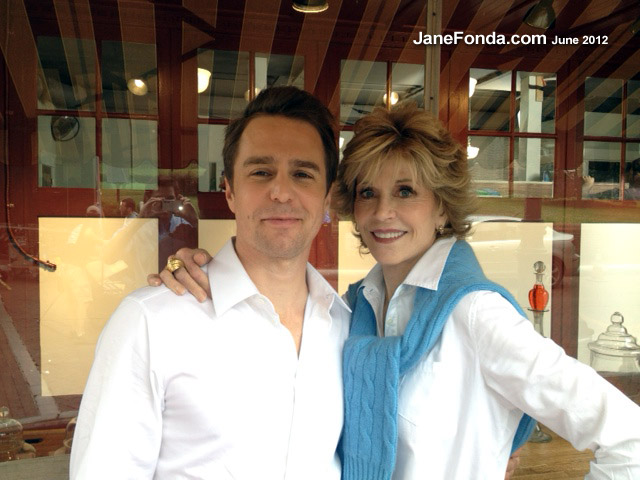 Sam Rockwell is the star of the movie along with Olivia Wilde. They are terrific actors. My scene was with Sam. 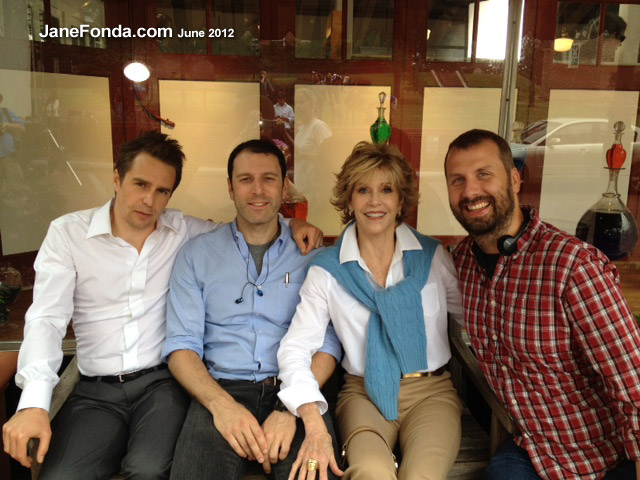 The film was written and is being directed by David Posamentier and Geoff Moore. It's a terrific, wild, dark comedy and, from word of mouth, it's going to be really good. My role is definately unusual, but I'll keep that a secret. 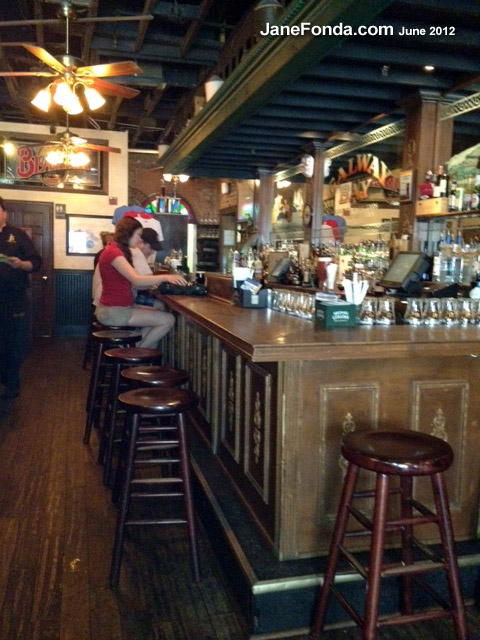 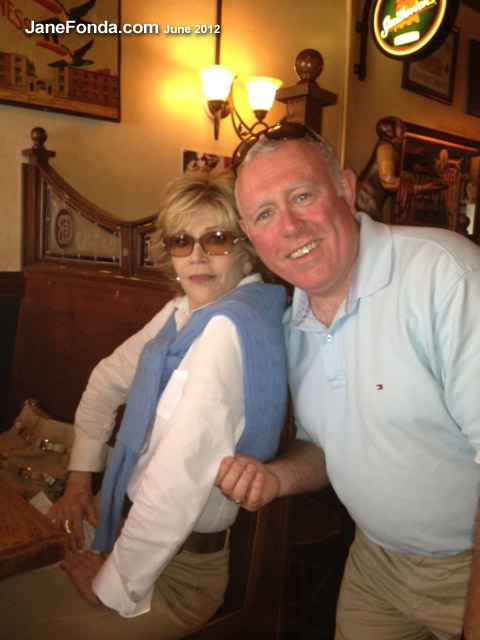 After the shoot, Matthew, my hair stylist and I had lunch in a terrific Irish Pub, Galway Bay. Here I am with the owner.