I flew up to Berkeley Saturday knowing it would be an intense, inspiring, emotional weekend and I wasn’t disappointed. Eve Ensler, author of The Vagina Monologues” (among many other pieces) and life-long activist, has gathered a board of directors that is off the charts in generosity, fierceness and fun.

Washington, Salma Hayek, Jennifer Buffett, Thandie Newton, and Cari Ross.
We were not only In Berkeley for a board meeting, but on Sunday, we were going to see Eve’s new play, “Emotional Creature.” More about this in a moment.

We all stayed at the Hotel Shattuck Plaza and isn’t it a perfect place for V-Day, I mean, dig the colors 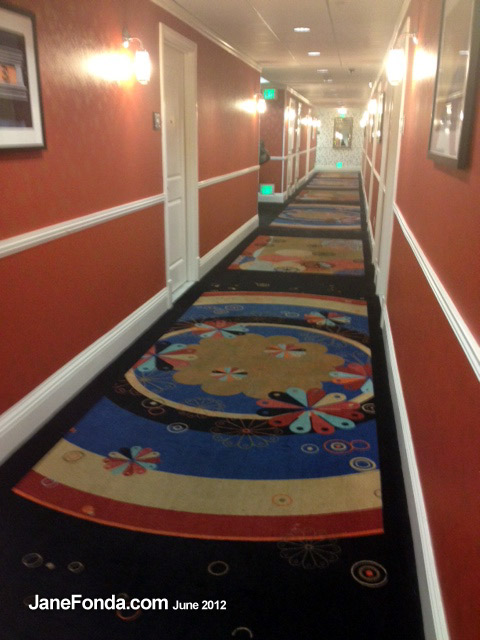 Colorful Hallway of the Shattuck Hotel 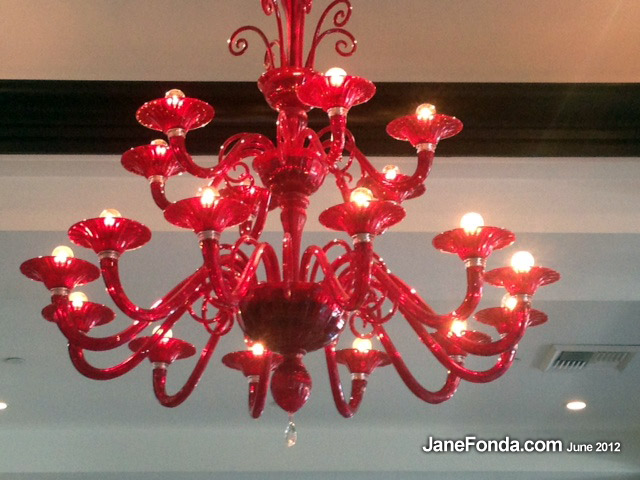 Even the Shattuck Chandeliers Looked Like Something From V-Day 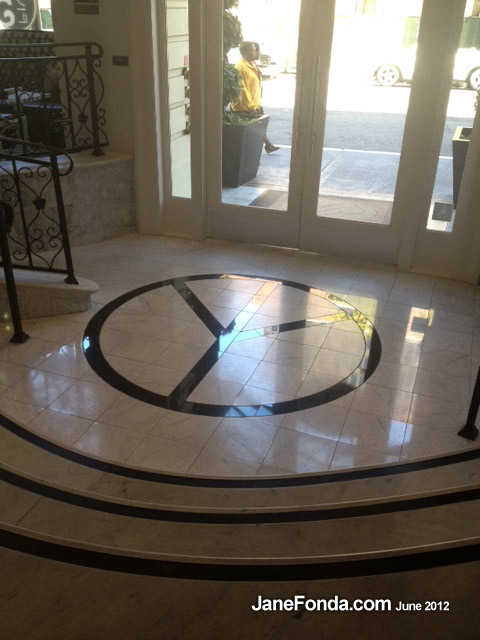 Whenever I am with Eve, I become stronger, braver and more optimistic. She does more, travels more and is more utterly wrapped up in the movement she launched with her play than any other artist I know and yet she always has time for those she loves…and, though I must confess to a smidge of jealousy, her love seems boundless. When I had hip replacement surgery 6 years ago, she was there by my bed rubbing my feet as I drifted in and out of consciousness. She’d flown to Atlanta from New York without my even asking while in the midst of a road tour! I used to see Eve much more often. But I’ve moved to L.A. and she spends half the year now in Paris and the Congo, where gender violence is the worst in the world. I can’t think of another artist who has put her art 100% to the service of stopping violence against women and girls. Over the last 14 years, The Vagina Monologues”has been performed in 1000s of cities and towns around the world and, every Feb 14th (Valentines Day / V-Day), it is performed on 100’s of college campuses. To date, the productions have raised $90 million globally, just about all of which stays locally to support rape crisis centers, safe houses and other efforts to protect women and girls from violence and heal those who have been victims. This is more money than the U.S. Government provides to stop gender violence!

Saturday night, board members gathered for a delicious dinner at the Berkeley restaurant Revival. Eve presented us all with small, kite-like butterflies, symbolizing ‘rising’–as in rising up to stop violence- and little silver bracelets with ‘refuser’ stamped on them —as in refusing to allow anyone to violate or disrespect you. 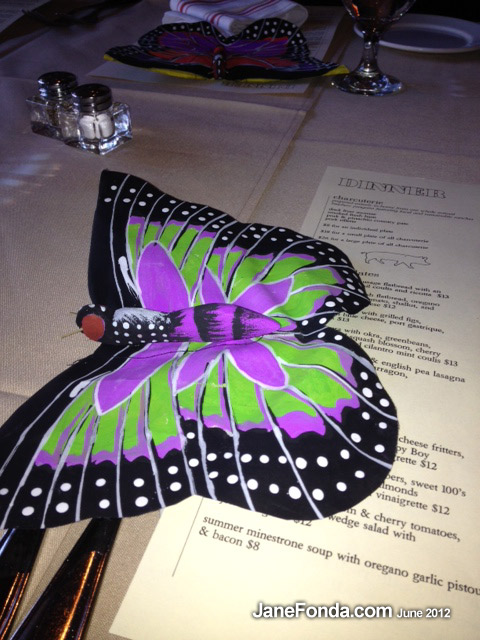 At dinner the night before the board meeting Eve gave us all these kite-like butterflies that symbolize ‘rising’. 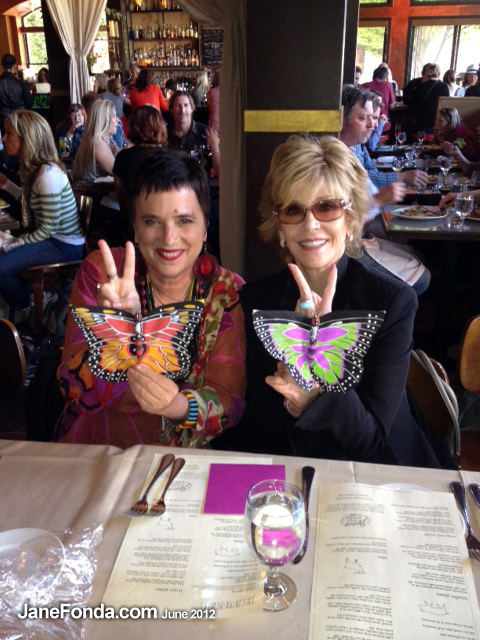 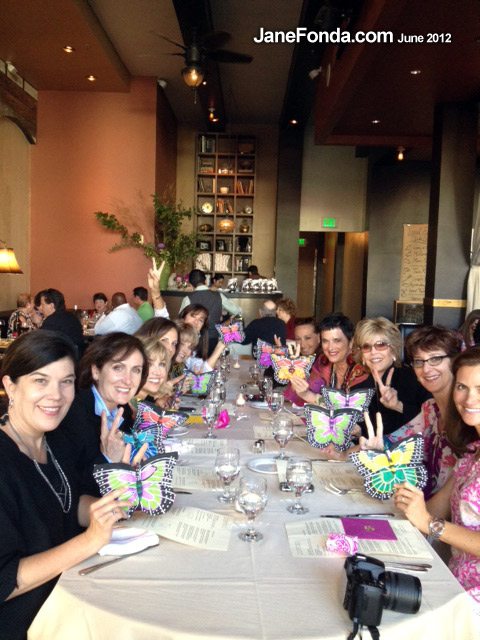 Some board members who couldn’t see the play the next night went to the theatre after dinner. The rest of us, along with Eve, her son Dylan McDermott and Dylan’s fantastic daughter, Coco, went to see the Wes Anderson film, “Moonrise Kingdom”–it was Coco’s idea. I’d wanted to see it cause there was so much buzz about it in Cannes. I fell in love with this movie. Listen everyone, take your young teenage children, grandchildren or friends to see it cause it may well be the first film romance they’ll be able to identify with. So unique, magical and wonderful performances from Bill Murray, Frances McDormand, Tilda Swinton and, most of all, the 2 young unknowns who fall in love. This will surely be an Oscar contender.

Most of the next day was the board meeting. It’s the only such meeting during which just about everyone goes though a box of Kleenex. I’m mostly talking about tears of joy and gratitude, not sadness. This is a big reason we all love these meetings so. We are confronted with examples of transformation, salvation, hope and what seem like miracles. It is IMPOSSIBLE to work with V-Day and remain pessimistic or cynical. 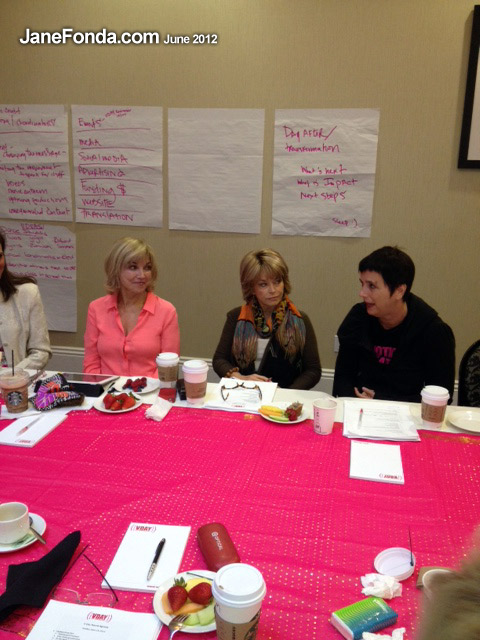 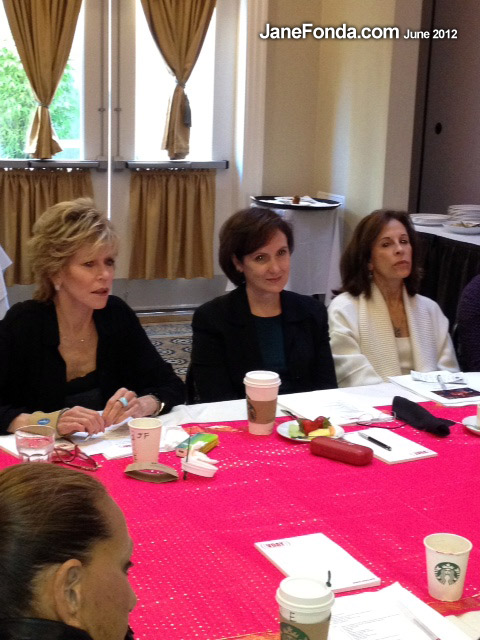 Me, Katherine McFate and Beth Dozoretz. Donna Karan is in the Extreme Foreground 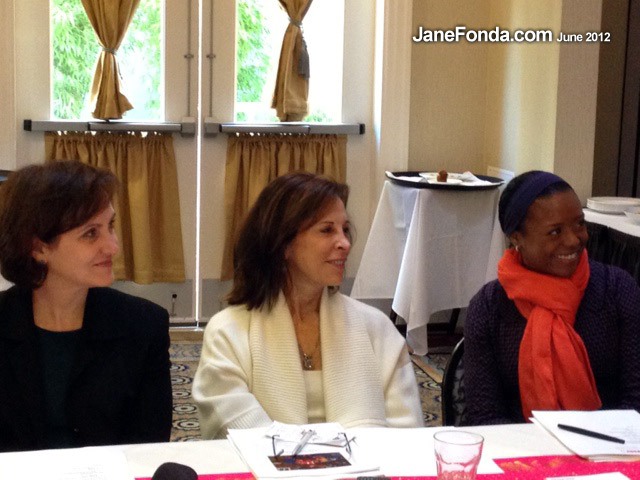 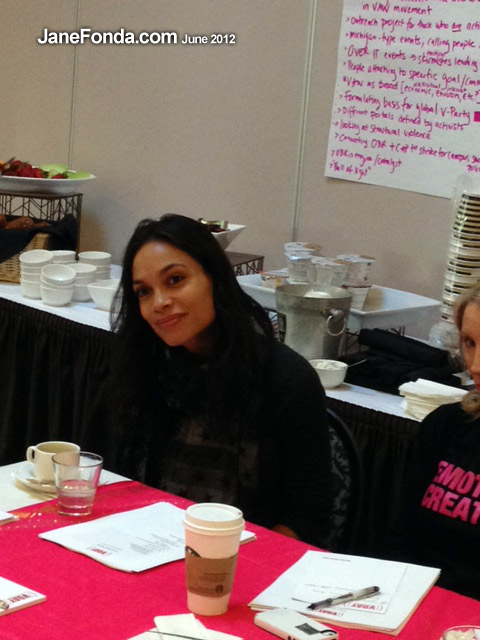 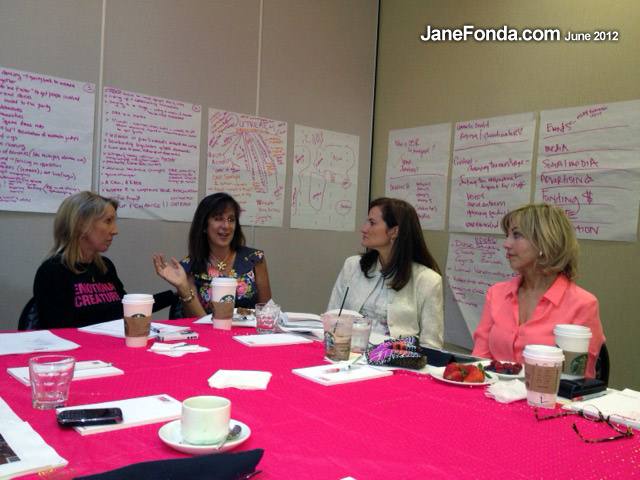 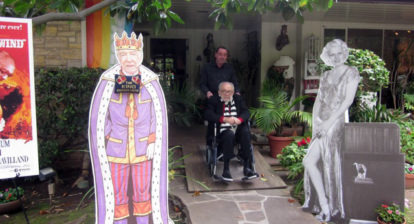 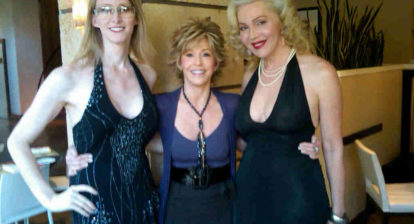