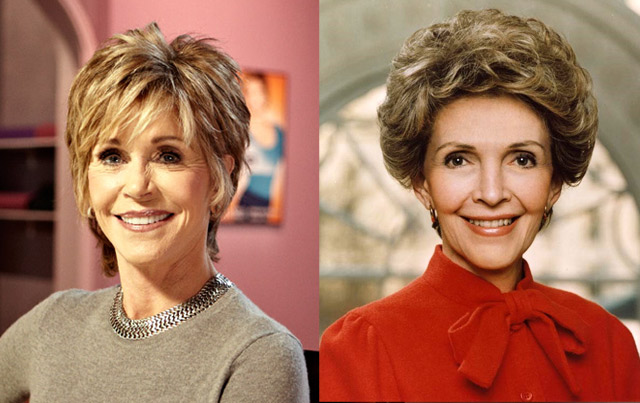 Word is out about the film, “The Butler”. It is a beautiful and true story about a black man who grew up in the Jim Crow South and went to work as a much beloved butler in the White House through many administrations, both Republican and Democratic. Lee Daniels, the Academy Award nominated director of “Precious,” and producer of “Monsters Ball” will direct. The butler will be played by Forrest Whittaker and his wife will be played by Oprah Winfrey. It is their story. But a number of well-known actors will be playing cameos as the various presidents and first ladies for whom he worked. I will play Nancy Reagan.

While many of you have expressed positive sentiments, I know that this casting has upset some people — that I, a known progressive, would play this particular first lady, a known conservative. But I am an actor and I have no intention of allowing the political differences between us to color my portrayal of her. I will not be disrespectful. This will not be a film that, for political reasons, makes fun of or distorts any of the characters that appear. It is, as I say, a true story and a touching one, in my opinion.

In the two scenes I have, I will try to portray Mrs. Reagan as the powerful first lady and involved, protective wife I feel she was. I look forward to the challenge. And we do have a few physical similarities: we are both slight and we both have long chins. You can probably tell from the above photo that she has way better cheek bones than I do!

Speaking of work, any day I will be called in to appear in episode 10 which will conclude the first season of Aaron Sorkin’s “The Newsroom.” I can’t wait to see how he will bring this season to a close and I’m so excited I can hardly wait for the table read and get to see (and hear) Jeff Daniels, Sam Waterson, Emily Mortimer and the rest of the extraordinary cast. Thank you to all of you who have expressed such excitement about the show, I am grateful for such warm feedback.