I am receiving the Anne Marie Staas Icon Award tonight from the Stonewall Democratic Club. It is especially moving to me because I knew and worked with Anne Marie in the 70’s and 80’s on political issues in California. I am bringing as my guests Calpernia Addams and Andrea James. 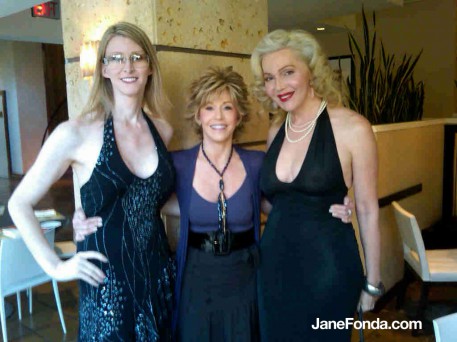 Left to right: Andrea James, me and Calpernia Addams

My son starred in “Soldier’s Girl” a few years ago ( was nominated for a Golden Globe for his portrayal) in which he played a GI…true story…during the Gulf War, who was bludgeoned to death by his roommate because he ( my son’s character) fell in love with a singer in a nightclub who turned out to be transitioning into a woman. Lee Pace played that role and Calpernia was the real woman in the true story. ( she is the blonde in the pictures although till tonight i always have known her as a dark brunette. Blonds suits her. We have become friends and I have learned a tremendous amount from her and Andrea about the journey and courage of people who know that, for whatever reasons, they have been born into the wrong sex and make the decision to be who they are meant to be. 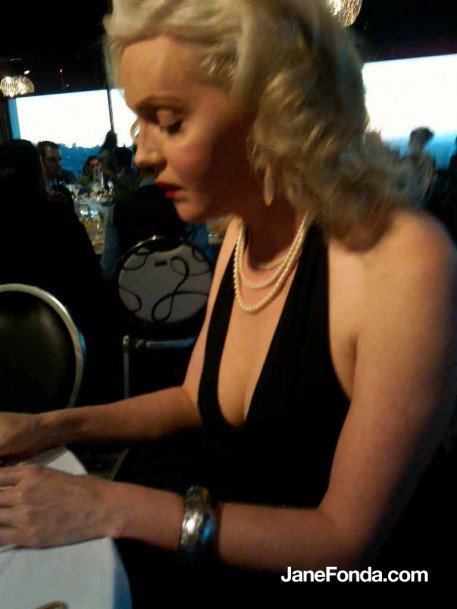 I was so moved and impressed that I convinced Eve Ensler to allow these women to perform her “Vagina Monologues.” Prior to that, only women were allowed to perform the monologues, but i said to Eve, “these women voluntarily gave up penis privilege. In many ways, they know more about being a woman than I do.” There was a performance of all transgendered women..all shapes and sizes, all with slightly different stories. It was an amazing evening. Calpernia wrote a special monologue which was very moving, called “Home Spun”. 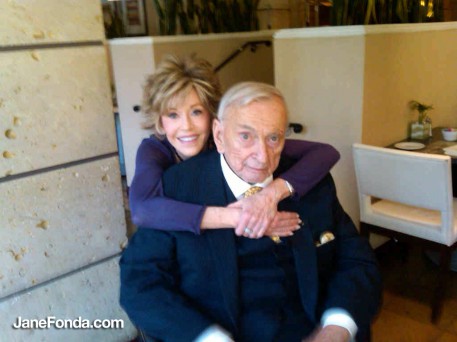