I haven’t blogged for quite awhile. Been too busy. whew! We’ve been rehearsing for my next two PRIME TIME DVDs. This time ( and like in the young days) I have others in the class with me. I like it cause they’re real people. They go from a retired probation officer, a matchmaker, a writer of children’s books, a lawyer, etc. It is hard work, working out all the choreography, memorizing, costume fittings…you’ll love my new outfits. One- of- a- kind, cat-suit-like outfits, all one piece. ( gotta really remember to suck it in!).

Then I’ve been developing the “Special Bonus” segments which, this time, is meditation on one and relaxation on the other. I’m excited. We have live bongos on the set and the music by Ralph Carter, is totally amazing.

Except for Saturday night, just about all I’ve been doing is rehearsing, writing script and sleeping. Well, Sunday night, Richard and I watched the first part of ” The Kennedys” which I thought was pretty good. Kate does Jackie really well, I think. It’s interesting. I knew the Kennedys and never knew that Jackie wanted a divorce before Jack ran for president. Didn’t realize the extent to which father Joe ran the show. Talk about patriarchy! In that family it was quintessential! 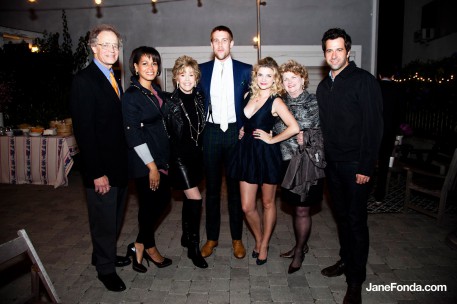 Saturday night I went with my son and daughter-law to the engagement party for Megan Ferguson, the daughter of my friends Sharon and Howell Ferguson. You may have seen them in some blogs I did in June from Paris. Megan is an actress (just finished a pilot for TNT called ” Hound Dog”.) Her fiance, Nico Evers-Swindell, is from New Zealand and is also an actor. He just finished playing Prince William for the Lifetime miniseries about Prince William and Kate. It was a fun party. Nice people, good friends, good punch: crushed watermelon and tequila, sweetened with blue agave. Yum! 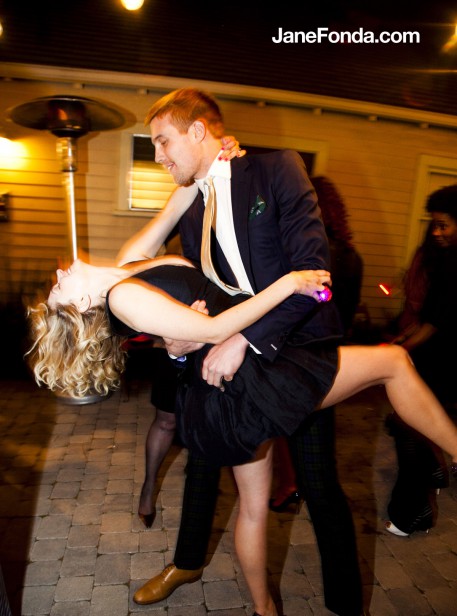 Megan and Nico getting it on 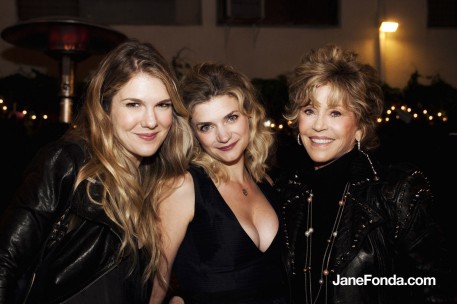 Jill Clayburgh's daughter Lily Rabe who just finished playing in 'Merchant of Venice' with Al Pacino on Broadway, with Megan and me 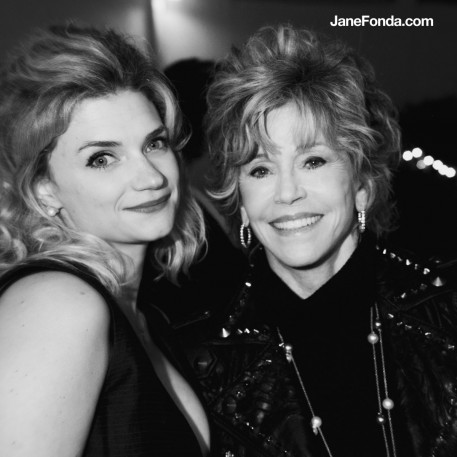 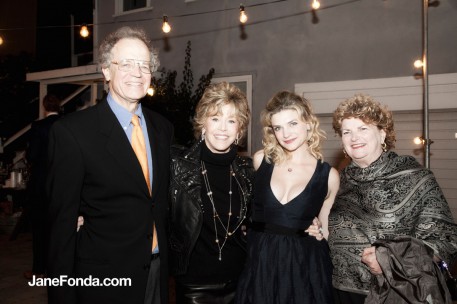 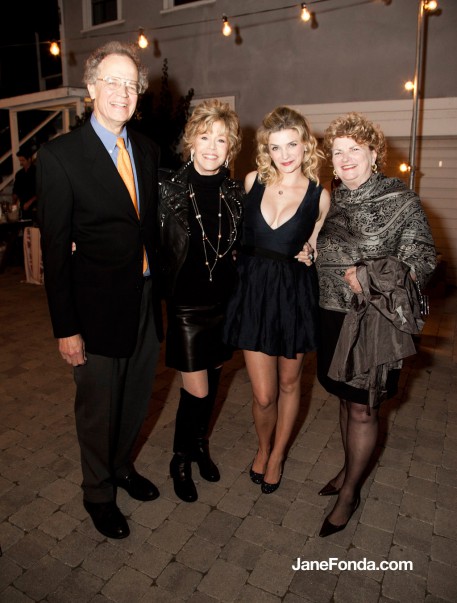 Troy, Simone and I hung together for awhile after. Interesting things happened but…that’s for another time. I gotta get ready for bed. Tomorrow we begin the DVD shoot and we have only 3 days to do 2 whole DVDs.