Don plays Diabelli, the famous music publisher in Vienna in the mid 1800s, who wrote the original waltz that inspired Beethovan to compose the 33 Variations. Don has been on tour all year as the Wizard of Oz in “Wicked” and Diane is the classical pianist who plays the 33 Variations during the play. It is one of the special things about this play–having her accompany us–as we perform. 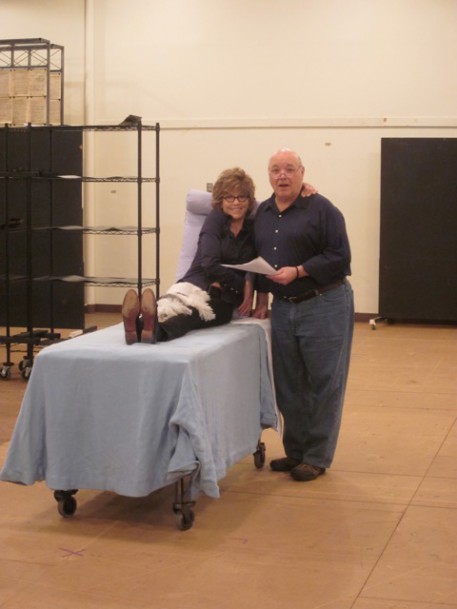 Michael Winther covers for Beethoven and is a talented singer. It was he who, in Spring of ’09, wrote the skit for our play to perform at the Broadway Cares Easter Bonnet contest. We won best skit, best bonnet and the prize for raising the most money. 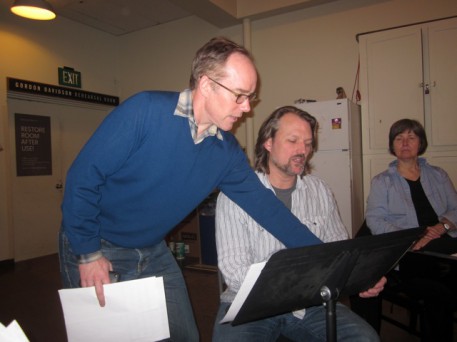 That's Michael Winther talking with our music director. Diane Walsh at the piano 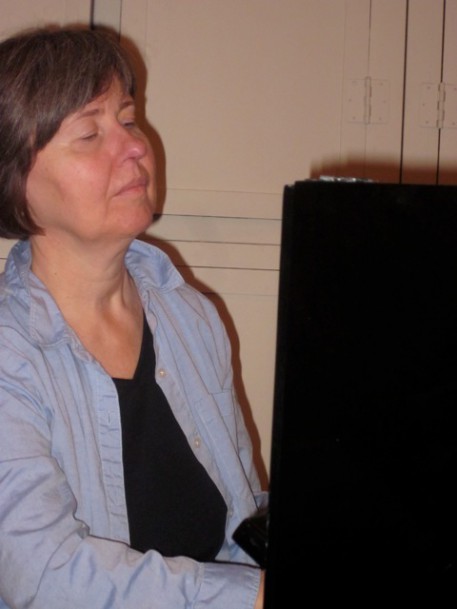 We walked across the street this afternoon to the Ahmanson so we could experience that stage. It’s a bigger theatre than the Eugene O’Neil where we were in NY. We’ll be performing for around 400 to 500 more people every night. That will be an interesting challenge.

It was a good rehearsal day, helped by my having run lines for 2 hours yesterday. I pretty much did my scenes today without holding the script which helped me feel myself getting back into Katherine (my character’s) skin. 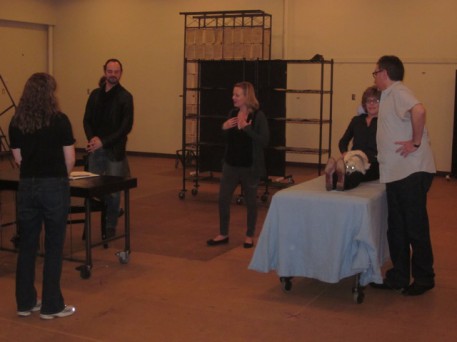 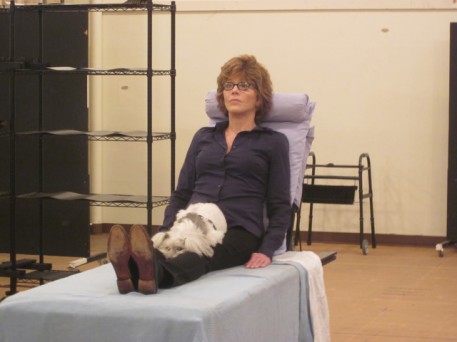 I am on a gurney when I sing the Kyrie. Tulea isn't usually there though! 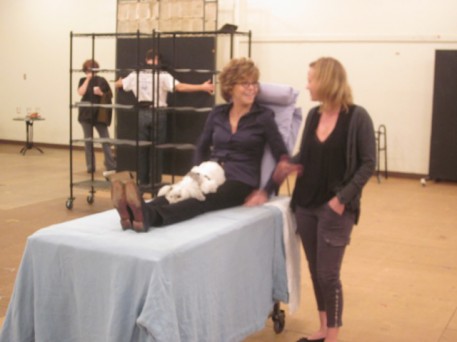 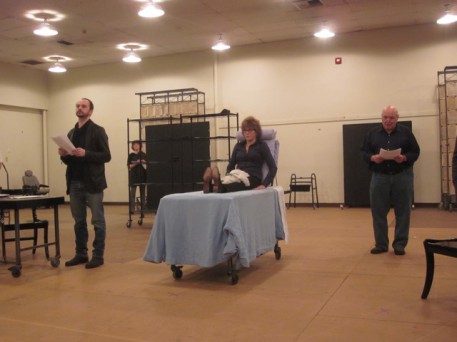 Then, for the final 2 hours we rehearsed singing the kyrie all together. It still moves me deeply. 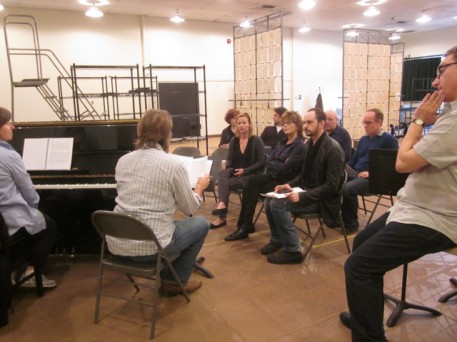 Here we all are practicing the Kyrie

I’d like to go home and run lines some more tonight then fall into bed but, instead, we’ll stop by a pre-birthday party dinner for Rod Taylor . . . hey, somebody’s gotta do it!! I can still get in my 8 hours. Can’t function on less.