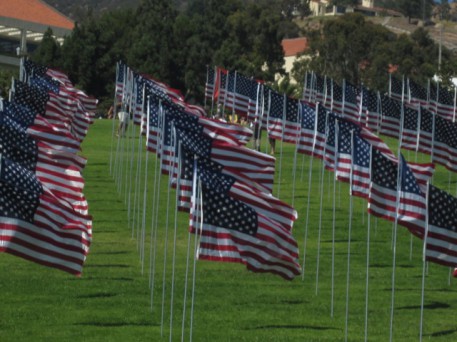 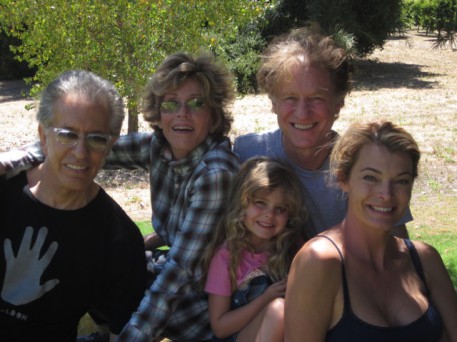 As we drove down the Pacific Coast highway headed to the ranch of Richard’ close friends, film producer Nick Wechsler and Stephanie, his actor wife, we passed Pepperdine University and there, covering the expansive lawn, were thousands of American flags, waving, beautiful. It took a while before we realized that today is September 11th and they were commemorating the dead from 9/11. Many people were walking between the flags, taking pictures. Cars stopped to do the same.

The view was sobering as well as beautiful. I remember when Pepperdine was being built. I lived out there, in Malibu, for many years in my twenties when I was married to Roger Vadim and we’d rent a house in the Malibu Colony when I was in California making a film. “Barefoot in the Park,” “The Chase,” Some of “Cat Ballou,”were among the films I made while Malibu-based. It’s a different world now. 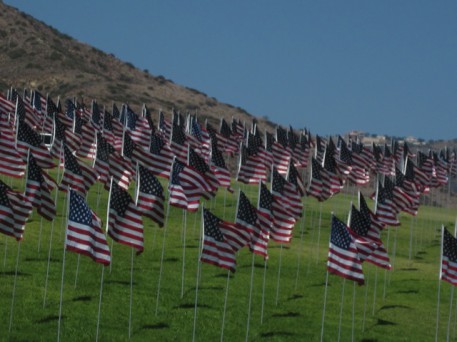 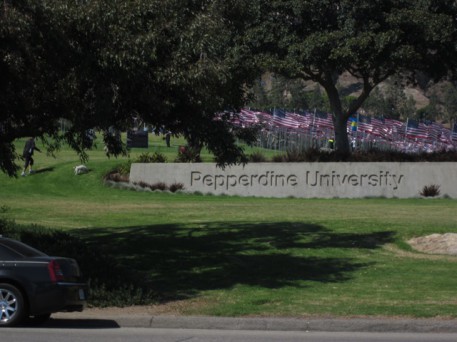 Nick and Stephanie live high up in the Santa Monica Mountains, on a persimmon orchard. I adore persimmons, especially the firmer, Japanese variety, which is what they have. Richard is the godfather of their 5 year old daughter, Lily, a lovely angel of a child. It was my first trip out to their home and I’m sorry I haven’t done it sooner. The surrounding hills and canyons were covered with California live oak ; in the valleys, the mottled sycamores stood out, lighter green against the darker oak leaves, and here and there, sandstone boulders and rocks, the kind I climbed incessantly when I was Lily’s age, many with worn holes in them from where the Chumash indians of long ago ground their corn. 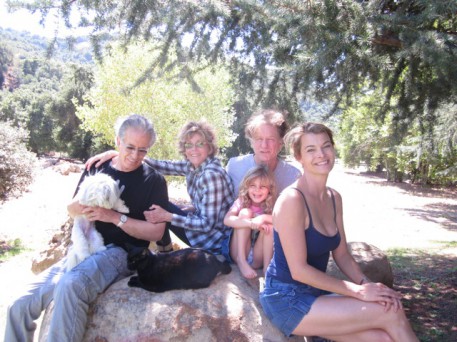