Friday and Saturday we filmed a small music festival in Rosendale—a real one happened last week which we filmed and then, in these pictures, we recreated a portion for the closer shots and story telling scenes for “Peace, Love and Misunderstanding.”

Katherine McPhee, who attained fame on American Idol, sang a song and impressed us all with her voice.

Out of nowhere, a friend from Atlanta, Sue Lecraw, showed up. She now lives in Big Sur, but while she was in Atlanta, she owned one of the wildest, psychedelic buses that was parked for a long time in front of The Captain Planet Foundation offices. Captain Planet, an environmental children’s animated TV series, was developed decades ago by Ted Turner and Barbara Pyle. Ted’s daughter, Laura Turner Seydel, now runs the Captain Planet Foundation. Anyway, before Sue left Atlanta, she gave the bus to a woman up in Woodstock who creates these wild vehicles—see the photo. That bus of Sue’s is now parked in my character’s yard where we will film for the next 2 weeks. I will post photos of that one tomorrow. When Sue heard that her old bus would be in the film and that there was a music festival, she flew from Big Sur to participate in the goings on and became a colorful member of the band.

Friday afternoon, the Lansbury family showed up—George, Emily and one of their two daughters, Nathalie. We all became friends last year when we (along with 40 other friends) traveled to the Galapagos together for a fundraising cruise. Emily Lansbury, a film producer, is the sister of film producer Laura Bickford, and daughter of my dear friend, Jewelle Bickford, both of whom appear in numerous previous blogs of mine. Amazingly, Emily and Sue Lecraw went to college together and were astonished to see each other again at this filming in Rosendale. My daughter, Vanessa, her husband Paul and my grandchildren are all here visiting. The kids are close to the Lansbury’s daughters.

They were a colorful two days, with brightly dressed extras and hippie booths, and the bus. I am very impressed by the details the artist puts into her work.

Last night Richard, Catherine Keener, our producer, Claude Dal Farra and others, went to Levon Helm’s studio in Woodstock to hear his concert. He does these “Midnight Rambles” every Saturday when he’s in town and they are a blast. His 10-piece band, with a full horn section, was incredible. And Levon has lost not one speck of brilliance. As Richard said, “They smoked!! They rocked the house.” Levon was one of the two lead singers and drummer in The Band.

He played my husband in “The Dollmaker.” A film we did in the early 80s for ABC TV. We played hillbillies during the 2nd World War. I won an Emmy for my performance and Levon and I became friends. I had not seen him since, so this was a special reunion for me and his graciousness and hospitality was touching—we sat in his kitchen and talked before the show.

Phil Lesh, the bass player with the Grateful Dead, opened the concert with his band and they were terrific. Another irony is that in the scene we will shoot today, my character (Grace) does a rant to her grandchildren about the Grateful Dead’s Cal Expo concert in the summer of ‘91 and specifically mentions the song, “Box of Rain”, which Phil did vocals on.

Today we begin our filming in Grace’s house, where most of my important scenes take place. We’ll be there a couple of weeks and it will be fun. I’ve already posted photos of the house in an earlier blog.

On the left is Ahnika the fire dancer and on the right is Kat, the woman who painted the bus and designed the wild sweaters etc

...and that's Sue Lecraw on the right, in purple

I'm with George and Emily Lansbury and their daughter, Nathalie--holding Tulea

Details of the bus

The big lights on a crane

extras in the audience

That's Levon on the far right

The back of Levon while he plays his drums 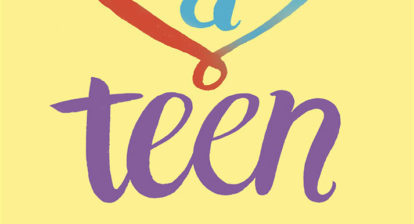 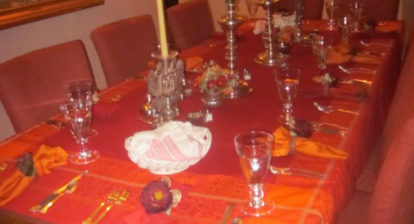