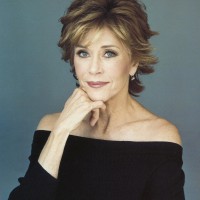 Jane Fonda, who returned to Broadway last year after a 46-year absence and earned a Tony nomination for her performance in “33 Variations,” will reprise the role at the Ahmanson Theatre in Los Angeles next year.

The Center Theatre Group said Thursday that the play, written and directed by Moises Kaufman, would be part of the Mark Taper Forum’s 2011 season but would be staged at the neighboring Ahmanson from Jan. 30 through March 6. Ahmanson subscribers will be offered tickets as a bonus option.