I wish I had my camera with me and someone could take a picture of me. I’m sitting on the floor, up against a wall in Grand Central Station, Tulea on my knees, waiting to board the train back to Poughkeepsie where I will then go on by car to Woodstock. I got here early and there seems to be no chairs or benches to sit on, so— 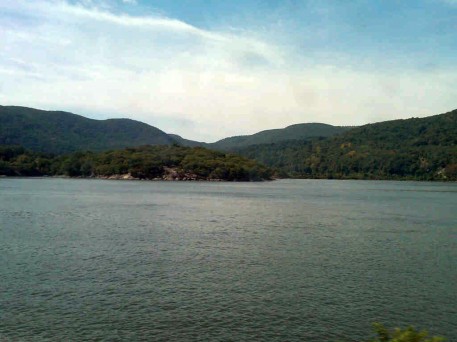 Funny to be here, cause for 8 years, this was the station I went to and from en route, first to Troy, NY (my boarding school Emma Willard) for 4 years and then Poughkeepsie (Vassar), passing Fonda, NY, on the way up the Hudson. If you blinked you’d miss it. It was where my ancestor, Jellis Fonda, settled in the 1600s after fleeing Holland because of repression against the Dutch Reform Church. He rowed up the Hudson and settled in Mohawk territory. When I look out the train windows, I try to imagine how he must have felt, rowing up that massive expanse of water, not knowing how far it would take him or what lay in store. Maybe he decided to stop where he did just because he got tired. As I have written before, the old graveyard in Fonda has moss-covered headstones with the names Pietre, Jayne, Henry!! 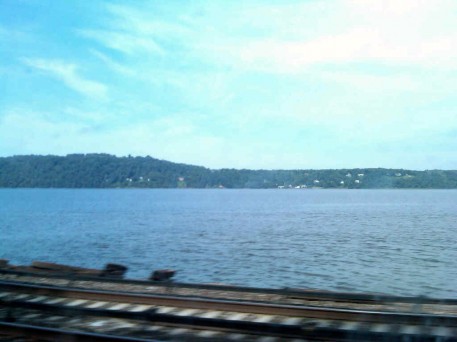 I came to the City to attend a screening of Bruce Beresford’s last film, “Mao’s Last Dancer.” It opens in theatres on Friday. I liked it very much. Cried a lot at the emotional ending and was fascinated by what was shown of China in the days of Mao. It is a true story. The lead actor, a gorgeous man, is also a fantastic dancer and it was a treat to watch him move!! Everyone from “Peace, Love and Misunderstanding” was there, cast and crew. What fun to see everyone all glam’ed up. After the screening, hosted by the Australian Consulate, we celebrated Bruce’s 70th birthday.

And now, here I am, in the comfort and safety of an airconditioned train, following the same trajectory as my ancestor, looking forward to my final 5 days of shooting that will include some fun and juicy scenes with Catherine Keener.