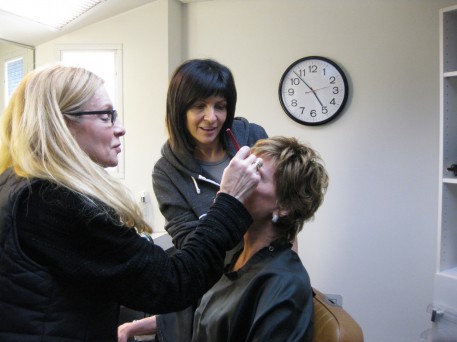 Kathy Baley and Lea Journo getting me ready...note the time. I've been there since 3:45am 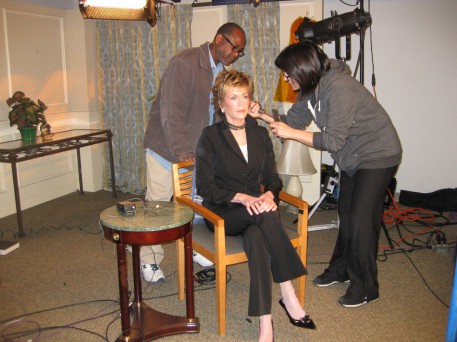 It takes a village... 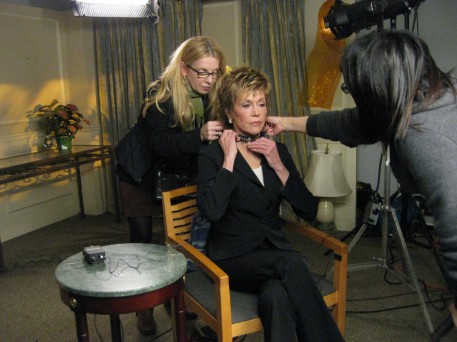 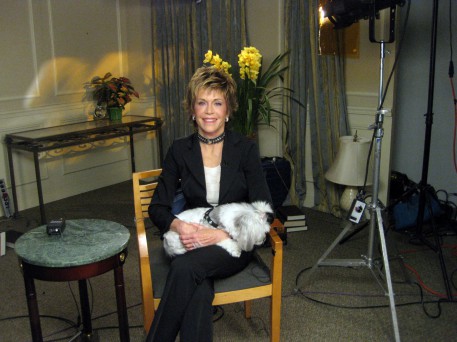 In the chair waiting to go on for Good Morning America. That's Tulea in my lap. Waaay too early for her! 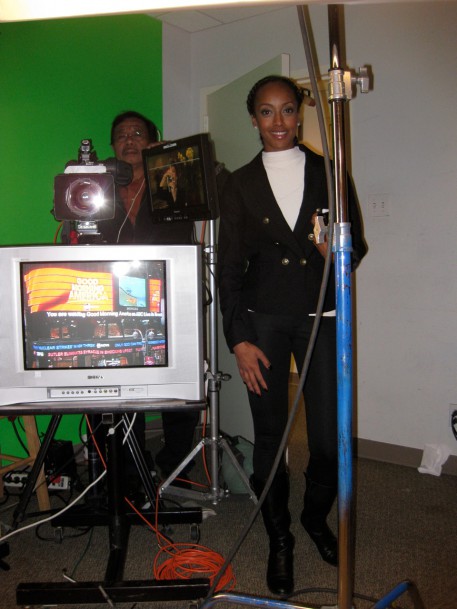 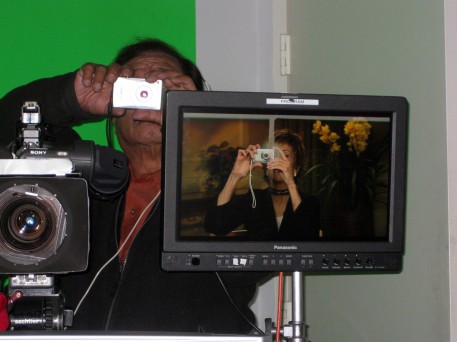 You see me on the monitor taking a photo of what I am looking at. The cameraman behind is taking a picture of me at the same time.

It was a looooong day! Up at 3am and finished with an interview for Extra at 6p.

In between the key players from my Jane Fonda Workout studio and videos came together in a studio to be filmed talking about the good ol’ days. We had some funny stories—and some not so fun memories. All of it was filmed for a documentary being made about the workout –then and now. We were close friends and it was so much fun spending a little time with them. All still in great shape. 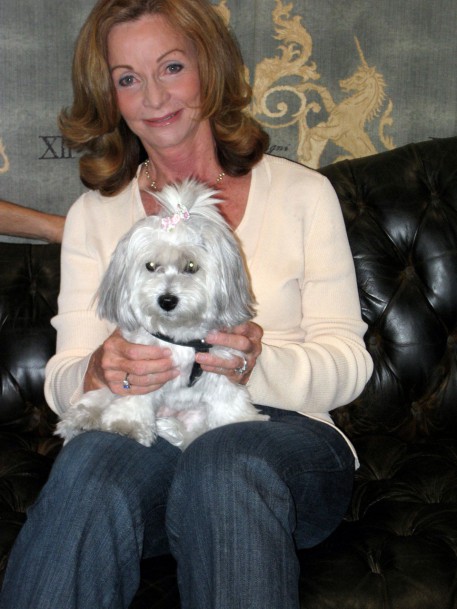 Julie Lafond who ran my Workout business. We were the LaFonda partnership. 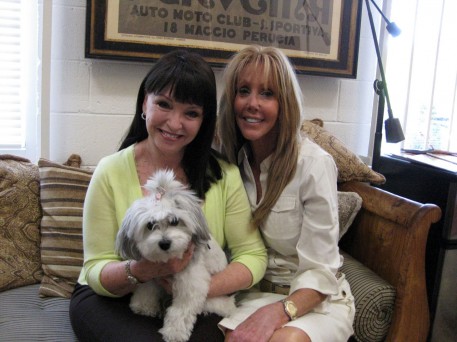 Jeanne Ernst, who was a great teacher and also part of management. She blazed the way on TV after Jack LaLanne began it with her husband, Bernie and Laurel Sparks, one of our top (and hottest!) Teachers at the workout 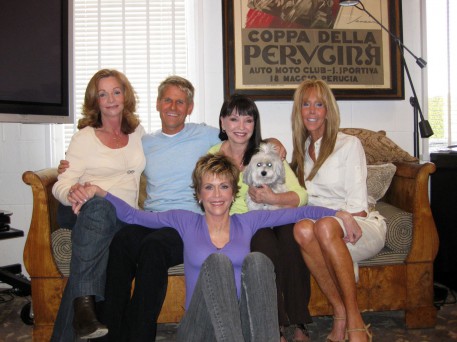 That's Jay Blahnik in blue. He came on in the late eighties to do choreography. We were all close friends and had so many fun times together.