The other night Richard and I went to Cerritos to hear a concert by Kenny Vance and the Planotones. Both from Brooklyn, Richard and Kenny have been friends since Richard graduated from University of Michigan and Kenny launched his long career as a doo wop artist with many popular hits. They were both in the iconic music movie, American Hot Wax. Before the Planotones, Kenny’s band was Jay and the Americans and their hits included “Only in America,” “Come a Little bit Closer” and “Cara Mia.” Kenny’s voice remains pure and strong and quite amazing in its range. Over time he has lost none of his charisma or vocal uniqueness. And he’s rangy and funny as he quips and plays between songs. The audience loved him and the band. We will see him again when I narrate the one-night-only performance of the Opera “Grapes of Wrath” at Carnegie Hall March 22nd. I am doing this as a way to honor my father and his Tom Joad. Kenny will attend with us. 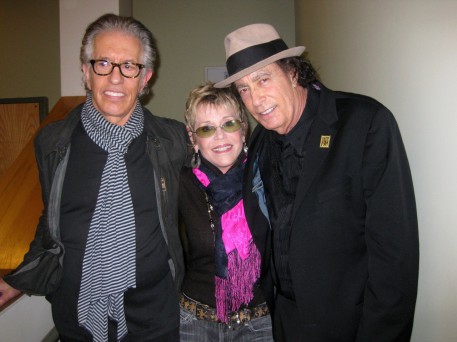 Richard, me and Kenny 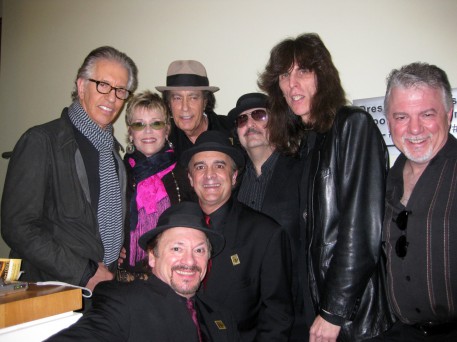 With Kenny and the Planotones 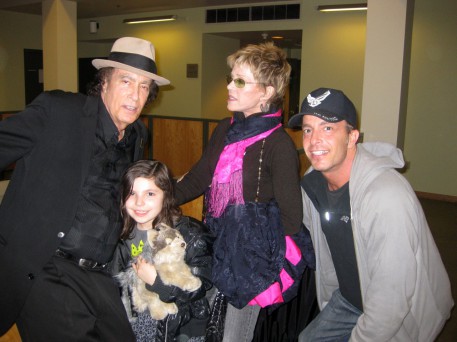 With Kenny, his granddaughter and son