Here are some good pictures of the luncheon yesterday for Eve’s global organization: V-Day: Until The Violence Stops. Eve has written a new play (well, it’s in its third printing as a book after only one week!!!) but will soon be her new play. It’s about girls. I so love what she has written. I so love what this will do for girls…for girls everywhere in the world. Girls rule and that ain’t just rhetoric. It was so much fun and so inspiring to hear Charlize Theron speak of her experiences in eastern Congo where she went after hearing Eve speak; Rosario is a force of nature, Eve made me cry. And I was so happy to see Maria Shriver there as well as so many of our incredible board members. I brought some of my new friends who haven’t been exposed to V-Day’s work and they have all thanked me. It was a good day. 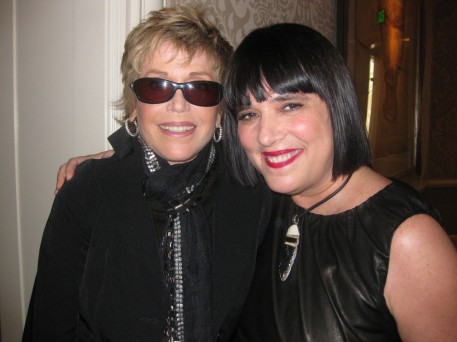 me and Eve Ensler 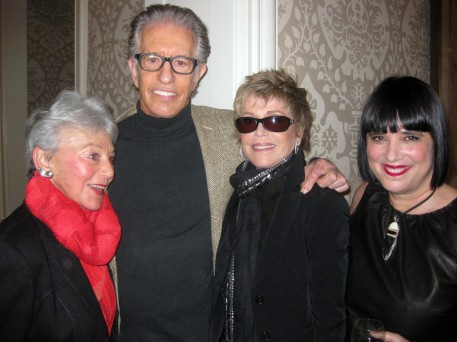 Eva Haller, Richard, me and Eve 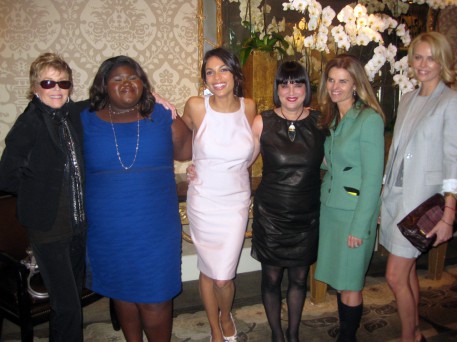 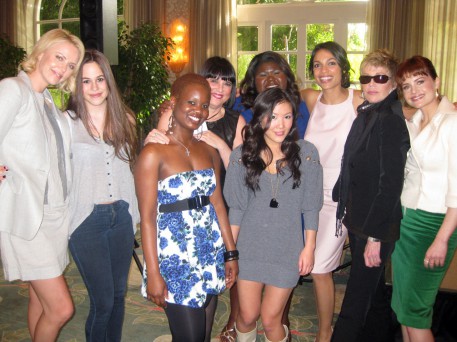 Charlize, Eve, Rosario and me with some of the amazing young women who performed monologues from Eve's new play, "I Am An Emotional Creature."