Today’s the day that I went to the studio of producer/director, Darren Capik to be interviewed about my history in the fitness business, how I started it, why I am interested in doing programs for boomers and older folks, how being healthy is related to self empowerment, to owning your body and not giving it away, exposing it to disease, or burdening it with obesity. We covered a lot of ground over the seven hours I was there. There are the dvds I am going to be making in a month and a number of other extremely exciting projects that will be heard round the world if we do our job right. Richard Simmons is in on it with me (among other famous fitness gurus) and he was kind enough to come over to do part of the interview with me and then on his own, also talking about why he does what he does…what he has been doing since the early 1970s. He is in such amazing shape, still overflowing with good humor and song. I lost track of the number of Broadway tunes he sang in the 2 1/2 hours he was with me. I was sad when he left. 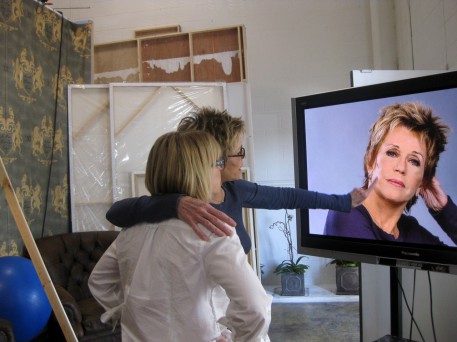 With Karen Kawahara, my makeup stylist, looking at the monitor of what we just shot 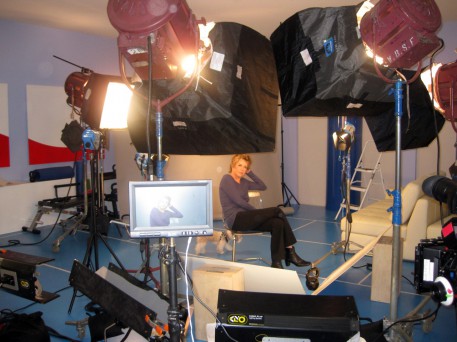 Waiting in front of the lights to start the first interview 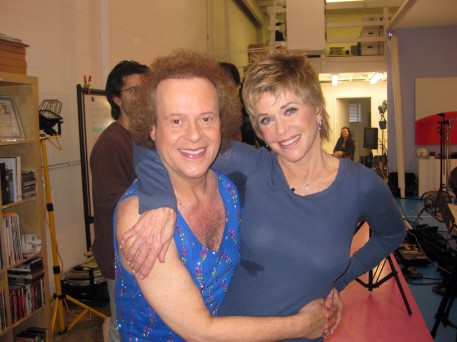 Richard Simmons just arrived to join me in the interviews. Doesn't he look fantastic!! 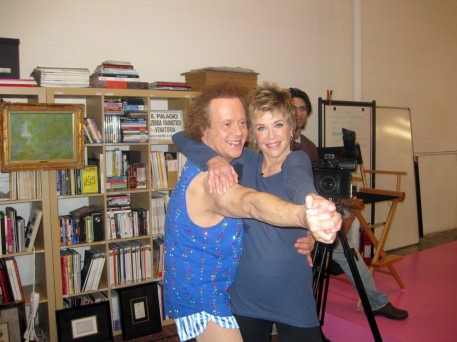 Can't be serious around Richard for long. 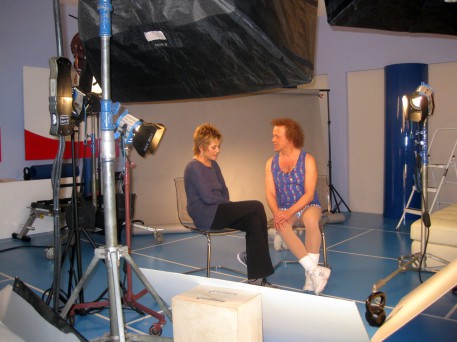 Richard and I being interviewed...and, actually, it did get serious (and quite moving) for awhile 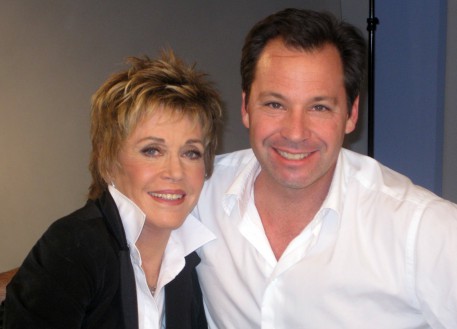 With Darren Capik, producer/director of my new dvds

Yesterday’s blog about Valentine’s Day will come tomorrow because the photos from last night’s party haven’t been sent to me yet.