Talk about going from one extreme…

Friday and Saturday I chaired G-CAPP’s annual board retreat. It was cold and raining in Atlanta so it was nice on many levels to be hunkered down with this wonderful group of committed friends and co-workers. We had a very productive meeting including making the decision to have a formal co-chair to work with me on board governance. 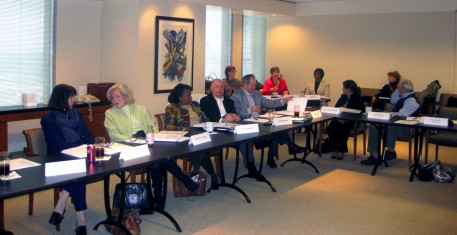 This has been challenging for me as I have been gone most of ‘09 and it will be the same in ‘10. The Broadway play last year, the surgeries in L.A., falling in love (also in L.A.), making the new exercise dvds, finishing my book, going to France for the film and on and on.

I winged back to L.A. Last night in time to attend Clive Davis’s pre-Grammy gala. This was my first such Grammy event and I was there cause of Richard and it was really fun. We sat at a table with Barbra Streisand, James, Brolin, Bob Daly, Carol Bayer Sager, Mo Ostin, his son and daughter-in-laws. Barbra was honored by Clive and towards the end of the evening, Jennifer Hudson honored her by singing “People” and “The Way We Were”, two of Barbra’s greatest hits. Listening to Clive recite all the many awards she has received—Oscars, Tony, Grammy, Emmys, and many others—and the fact that she is the only singer to have a #1 hit across 5 decades was more than impressive. I had a chance to say hello to Herbie Hancock, Sheryl Crow, Alice Cooper, Nathalie Cole, Smokey Robinson, Taylor Swift and Jamie Foxx. I couldn’t muster the courage to use my camera even though I had it with me. (I bought a new one cause last one was lost). Jamie Foxx gave a fabulous performance at the end. Two other outstanding performances, really gut wrenching, were Maxwell (like a new Marvin Gaye) and Mary J. Blige, who made me cry she was so deep and intense. 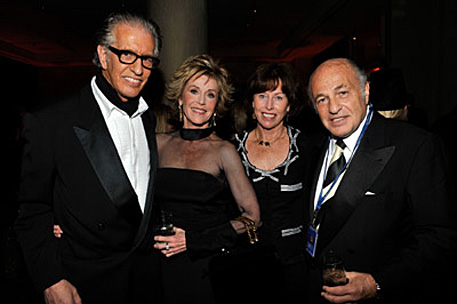 Needless to say I was wiped when we got home and it’s real slow going today. Jet lag is more potent when you’re older. We’ll watch the Grammys at home tonight.