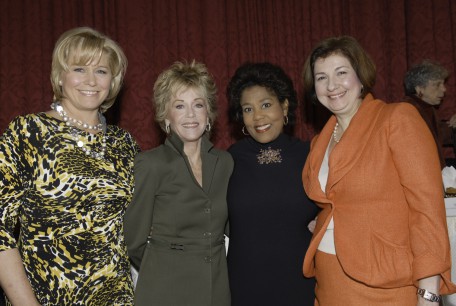 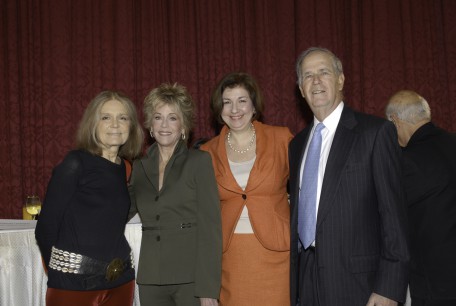 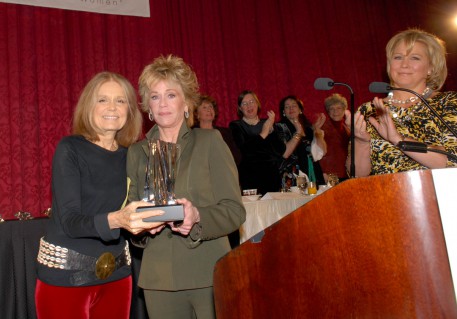 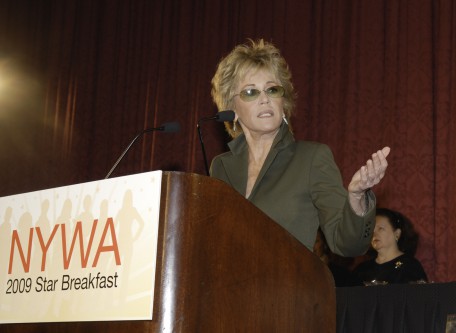 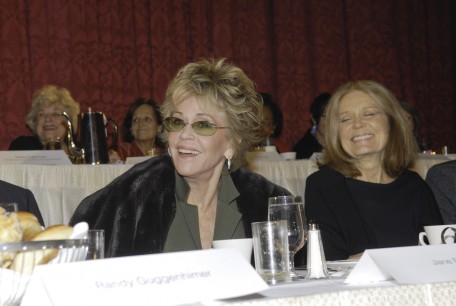 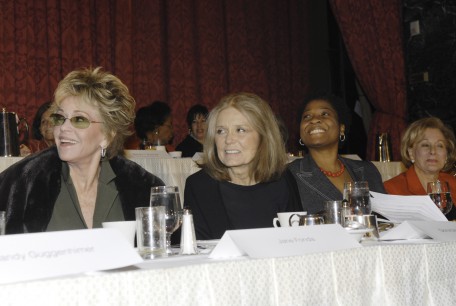 I was honored this morning (at 7am!! Having flown in from LA so for me it was 4am) with the Elinor Guggenheimer Lifetime Achievement Award presented to me by the New York Women’s Agenda. Gloria Steinem gave me the most moving, human, generous introduction. As I told her, it’s the first time I did the trophy-exchange photo op with tears running down my cheeks. The award was in recognition of my co-founding (with Gloria, Robin Morgan, Jessica Neuwirth and others) The Women’s Media Center. I have had various meetings all day and interviewed a wonderful psychologist about male sexuality for my book about aging and now I’m going to take a nap before seeing my pal, Kerry Washington, in David Mamet’s new play “Race.” Richard (in L.A.) Can’t believe I go to the theatre alone. Shucks, I do it all the time. Got an all day board meeting of The Women’s Media Center tomorrow so I need to crash right after I hug Kerry backstage (I hope I remember to take pictures with my Blackberry). It is soooo cold in the city!!! Reminds me of the frigid sub zero temp last winter during my play when my dog Tulea refused to go outside and pee’d in the apartment lobby—no fool she.

I have other days/photos/blogs from Sunday etc but Jodie Evans has my camera with the photos–and my reading glasses. Are you like me…when you’re tired you drop things and forget things? Well, that’s all for now or I won’t get my nap which will be brief enough as it is. 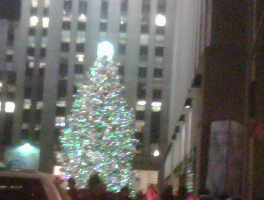 PS: at least I got a snap of the Rockefeller Xmas tree. And the Saks Fifth Ave store windows are grandkids-worthy. 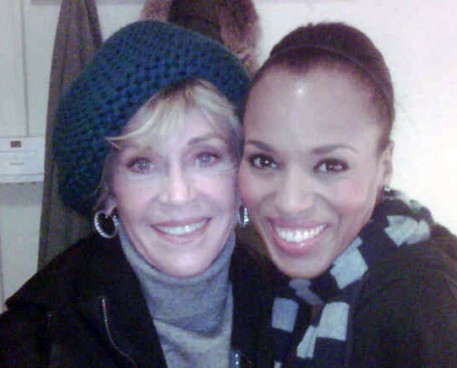 Tables are turned: Now It's my turn to pay backstage respects. 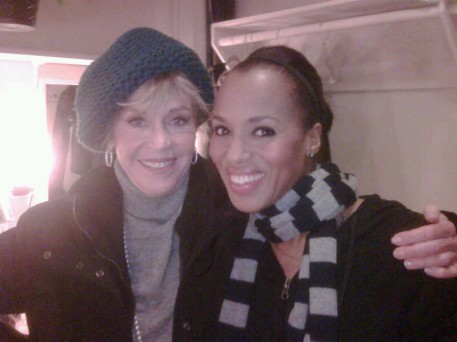 With Kerry Washington backstage after seeing her in “Race.” It/she was riveting. I am so proud of her. What a strong presence in a tough role.

Said hi and congrats to Richard Thomas, as well. We were together in the Actor’s Studio production of “Strange Interlude.” He was 10 years old and his father was my ballet teacher.