I flew to Paris from Dusseldorf the morning after the UNESCO event first to have an interview with Annabelle, the Swiss magazine that is similar to our Marie Claire. This was at the behest of L’Oreal.

I wanted very much to take advantage of my first-class round trip ticket provided generously by UNESCO to stop by Paris. I am going to be making a French film in Paris in June and I had hoped the cast and director could arrange their schedules to have an introductory dinner together—give us all fantasies and mental images of our playmates between now and June. This will be my first film in French in almost 50 years!! It is a challenge I am greatly looking forward to and, I know, Vadim (my first French husband), will be very much with me during the shooting. It is a tender, humorous, charming story about two couples and another dear friend with whom the two women had once been lovers who, because of the financial and physical challenges of age, decide to all move in together. (As many seniors are doing these days) A young sociologist who is doing research on the lives of older people is invited to live with them as well. I play an American who has lived all her life in France and is a Professor of Philosophy at the Sorbonne.

Before the dinner, the author and film director, Stéphane Robelin and producer, Christophe Bruncher came to my hotel for drinks. I was startled by how young they both are, Stéphane is 39 and Christophe is 35. Just about the age of my children. This will be Stéphane’s first film but he has an air of confidence and creative vision that made me feel I will be safe. I think it’s fair to say we felt very comfortable together by the time we left for dinner. 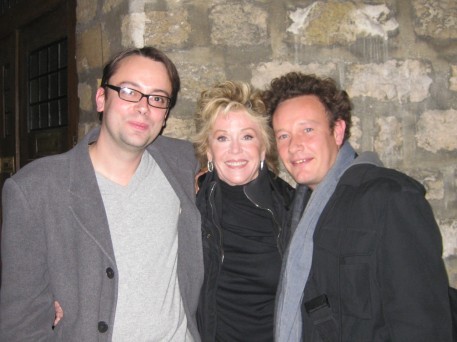 Christophe, our producer, and Stéphane, our writer/director

We drove up the hill to the top of Montmartre where the iconic church, the round-domed Sacre Coeur, sits imposingly. 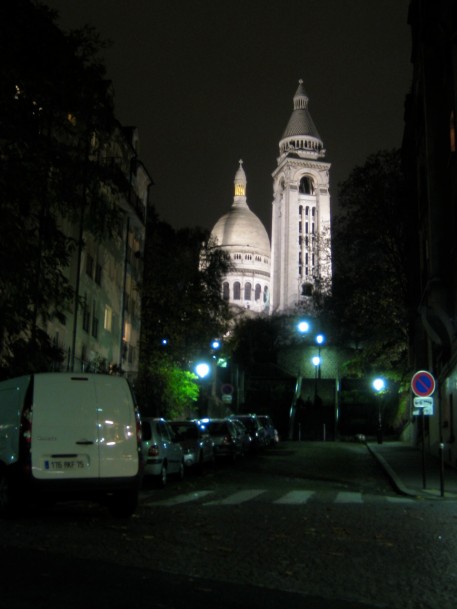 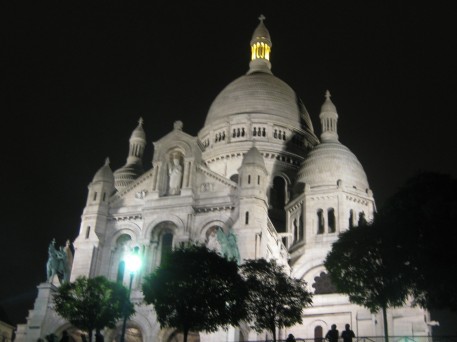 The first person I saw when I entered the dining room was Geraldine Chaplin who, with her Chilean cinematographer husband had come in from Switzerland for the evening. I was so excited when I learned she was going to be in the film as I have always wanted to meet her. I was on stage with her father the night he made his triumphant return to Hollywood to receive a Lifetime Achievement Award at the Oscars—the same night I won mine for “Klute.” I am really looking forward to getting to know Geraldine during the filming. I like the way she has done her life.

Daniel Bruhl, the new German star who appeared most recently in Quentin Tarrantino’s film with Brad Pitt, was able to fly in from Germany to be with us. Daniel will play the young researcher who moves in with us and with whom I develop a close friendship. I found Daniel’s presence sweet, attentive and soulful. Perfect for the role. 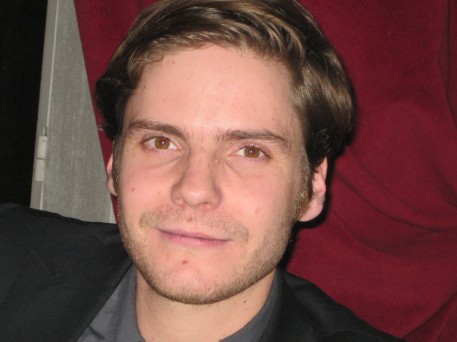 Guy Bedos, the renown French actor, came to the dinner right from the theatre where he is performing a one-man show. The beloved French comedian, Pierre Richard, was there looking appropriately hirsute, sweet and bohemian to play the role of my husband. Only Claude Rich was not able to join us because he is touring in a play. This experienced, international cast brings heft and deep talent to our small, independent film. Most importantly, we could all tell that the seeds have been planted for real camaraderie and fun…and a lot of fine red wine.

Pierre Richard drove away in the rain on his motor bike and I went “home”“ for a few hours sleep before making the final trek back to Richard. 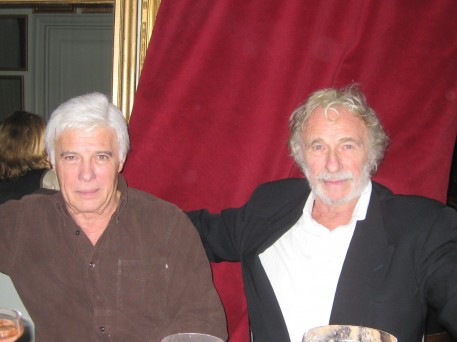 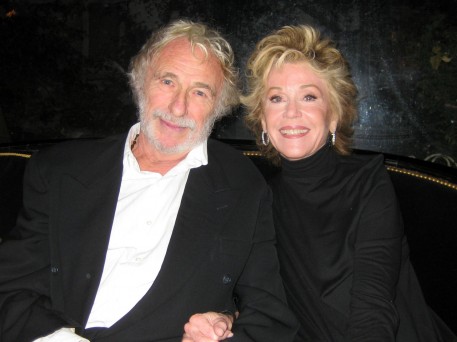 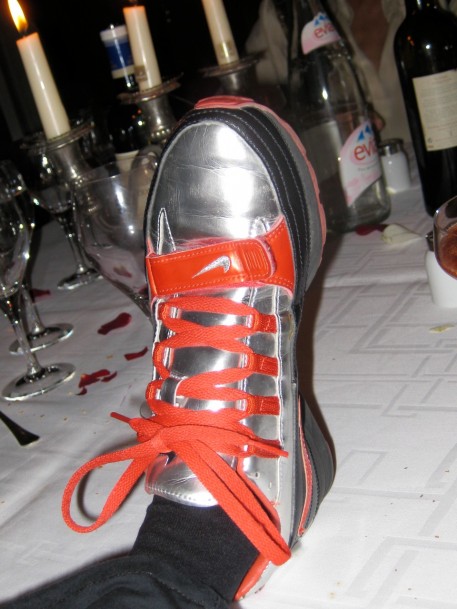 I took a fancy to Geraldine's sneakers

Share This Post
Previous ArticleTroy takes it lying down on HOUSE tonight at 8pm!Next ArticleTweets on 2009-11-17
50 Comments