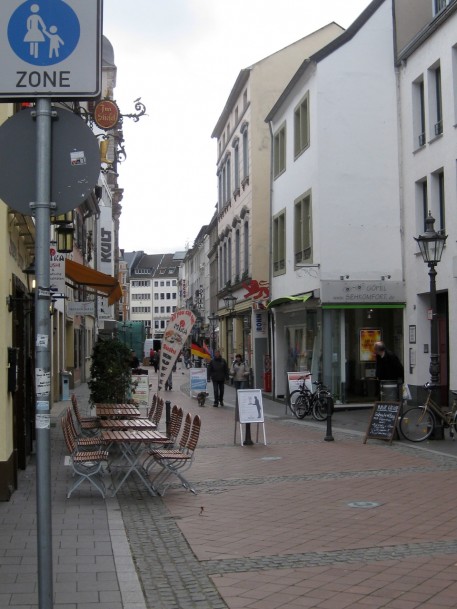 The cobblestone street where the Museum is located

I arrived in Dusseldorf early this morning. This city is the capital of the German state of North Rhine-Westphalia. Situated right on the Rhine River, it is the second most economically important center of Germany after Frankfurt. After a short nap in my beautiful suite, a driver took me on an hour drive to Bonn where Dr Michael Ladenburger, Director of the Beethoven House and Museum, met me at the entrance of a narrow, picturesque, cobbled street, closed to cars, where shops and restaurants surround the birthplace and museum of the world’s greatest and most interesting composer. (That’s my opinion) 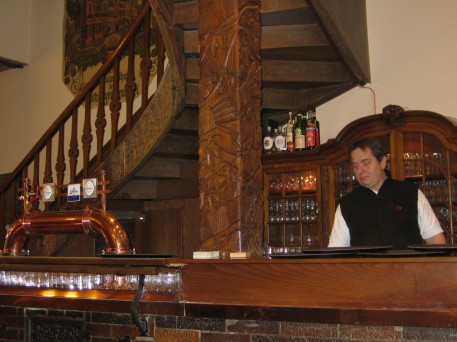 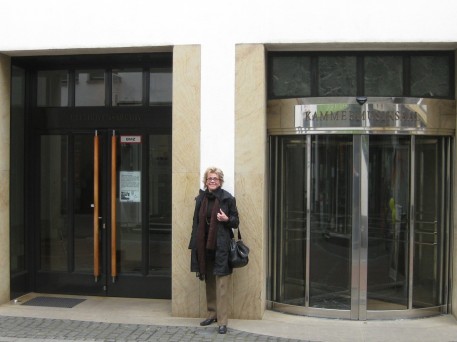 Outside the Beethoven museum and Archives 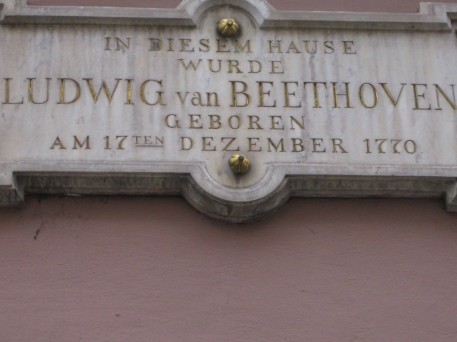 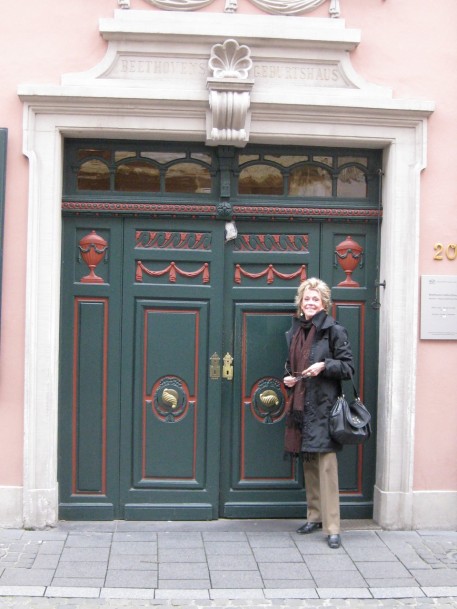 Outside the Beethoven House 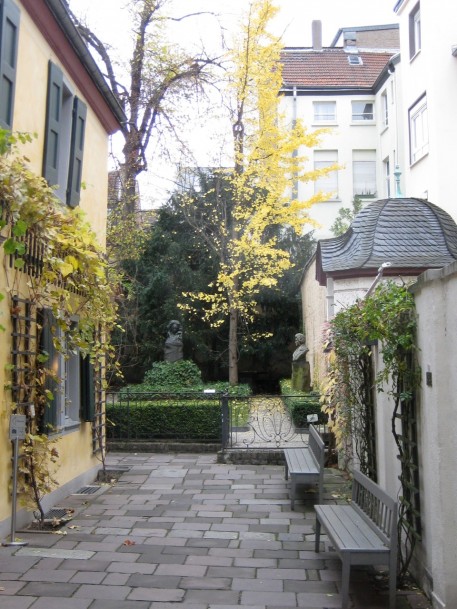 On the left is the Beethoven House. The garden is behind. 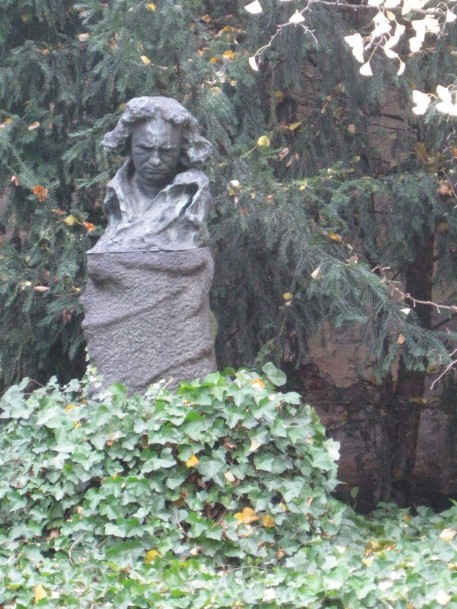 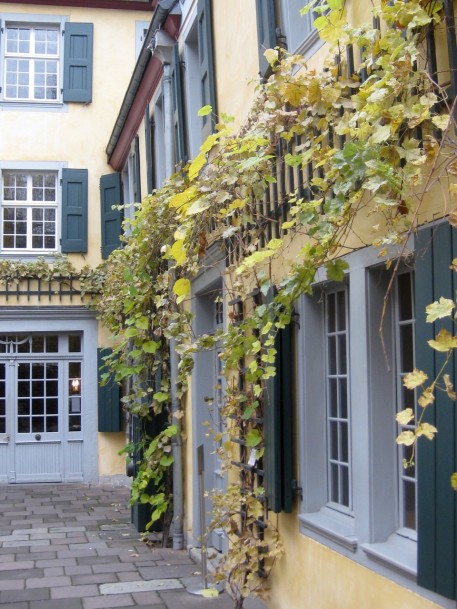 Another view of the house 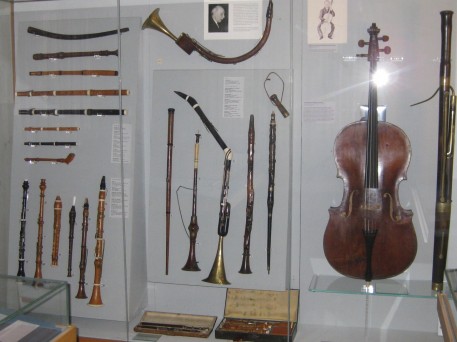 Cello, flutes and other instruments used in Beethoven's day 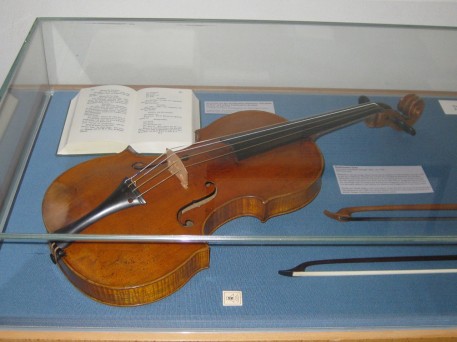 A violin used by Beethoven 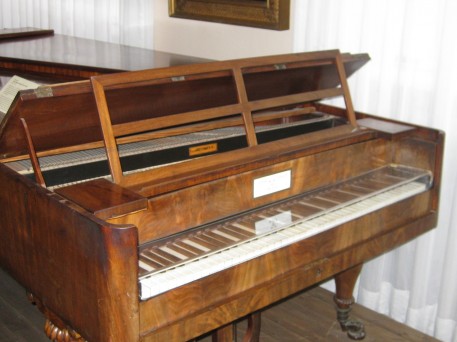 This is a piano forte that Beethoven played. Unlike the clavichord, the piano forte could be soft or loud as the name suggests 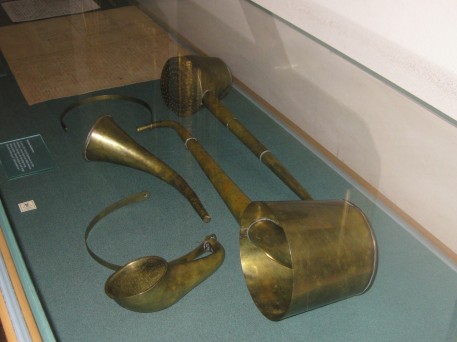 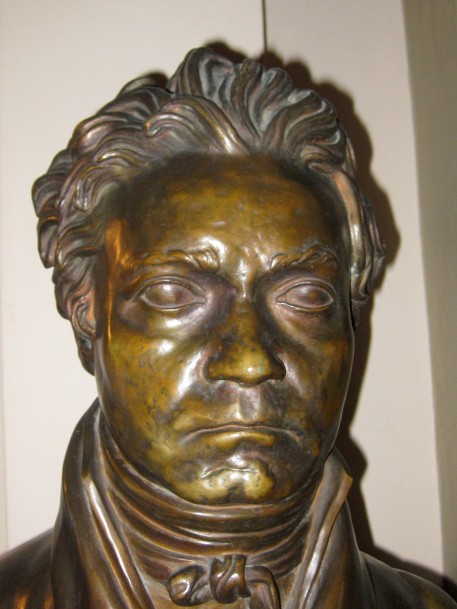 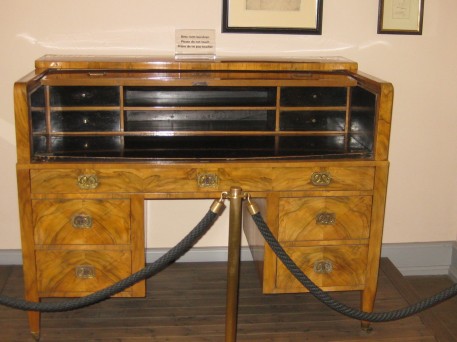 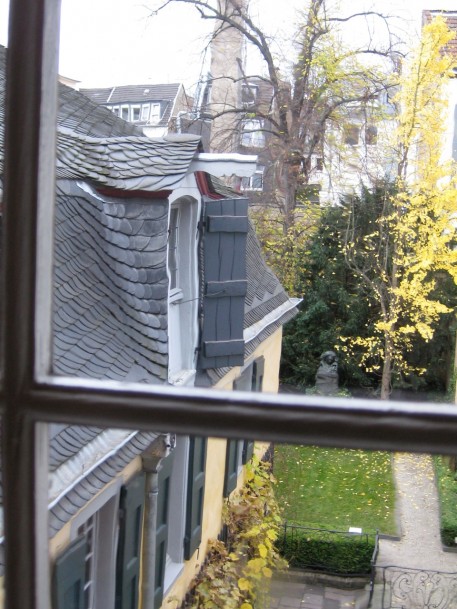 There's the room he was born in. Check out the beautiful slate tile roofing 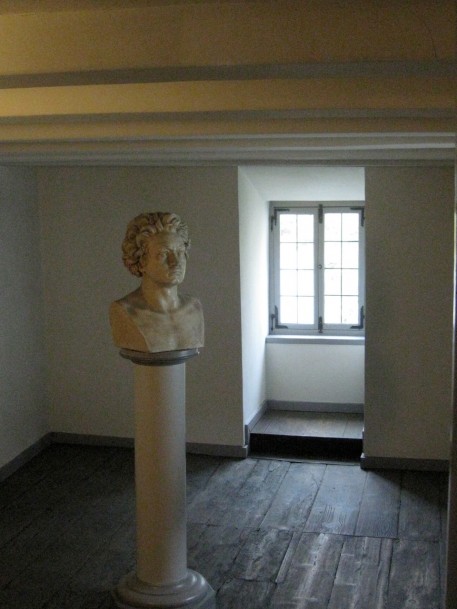 This is the room he was born in, a small room where his parents lived as well. She would have 7 children only two of whom survived. Those are the original floor boards 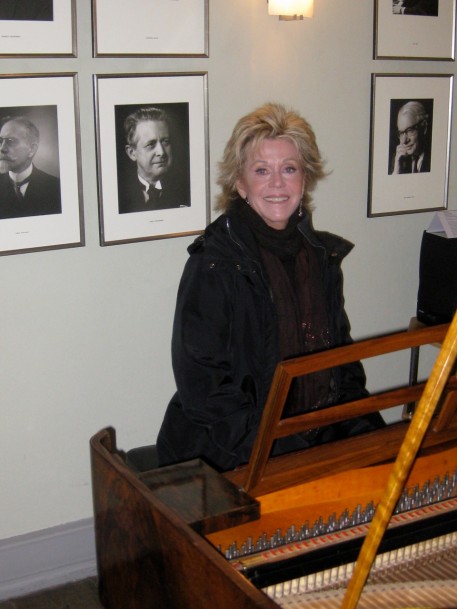 This is the piano where '33 Variations' was first performed. I wish I was actually playing but I flaked out as a kid in spite of years of piano lessons. Dr Ladenburger played the beginning of 33 Variations on it for me. 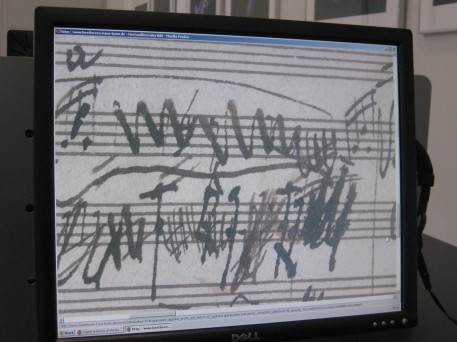 There is a room filled with computers where scholars (or any interested party) can pull up all of his manuscripts, even details like these where you see he wrote with ink over the original pencil when he’d decided to keep something. 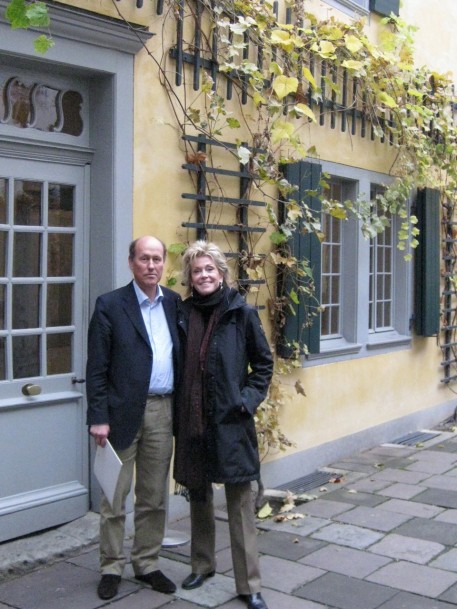 With Dr Ladenburger in front of Beethoven's house. The good doctor looks sterner than he is in life.

The archives are in a basement vault beneath the beautiful concert hall. I tried to photograph this hall but the pictures didn’t come out. Dr Ladenburger said the idea is that when the musicians perform, they can feel and be inspired by the presence of the great master beneath them. I was not allowed to take photos in the archives. It is a hallowed place where few people are allowed. I felt so privileged and moved. Dr Ladenburger handled the pages of manuscript so carefully, never touching them directly with his fingers.