Last night Richard and I went to see “This Is It” at Rod Stewart’s home. It is an absolutely wonderful documentary all about the final show Michael had been rehearsing before he died. I hadn’t realized how far along they were with it, how polished and exciting it would be even though they were just rehearsing. All the sets, the amazing pyrotechnical effects, the choreography was in place. There were interviews with some of the dancers…young men and women who had traveled, in some cases, from other counties to try out because Michael had been their inspiration from early in their childhoods. One cried when he tried to describe how he felt. It was clear that the chance of performing with their hero was beyond their wildest dreams. There’s a wonderful scene when all the dancers who hope to be selected are on stage dancing at the same time.

Except for a very few brief moments when he walked rather than danced, there was no hint that Michael was tired or ill. His voice was as strong as could be, his face more beautiful than I’d seen since he did the Thriller video. And his dance moves were all that we have come to expect from the King of Pop.

What I really enjoyed was seeing him stop in the middle of some of the numbers and ask the musicians to do a particular moment a little differently. Clearly he liked well-placed pauses when all music would stop to allow the moment to “simmer.” Several times he’d say in his sweet, high voice, “You gotta let it simmer” or maybe the word was sizzle. And then, “Don’t play until you see me make this move” which would be, in some instances, lifting one shoulder as punctuation or flinging arm out, finger pointing.
Almost every time he’s stop and ask for something different he’d finish by saying “It’s about love,” or “God bless you.”

There was another wonderful scene when he was talking to a pianist, trying to explain the sound he was looking for…Getting the musician to do it over and over with subtle changes… So able to hone in on the smallest details of sound and movement. Afterward, the pianist spoke movingly about how no one knew the music and what it should sound like better than Michael. Clearly everyone working on the project was in awe of Michael. And in this film you can really see why.

When Michael was on stage dancing alone, the camera would pan out to the “audience” of dancers all of whom would be grooving right along with Michael, looking up at him on the stage, loving him, admiring him, rooting for him. I am moved as I write this because it hadn’t hit me till I saw the film how utterly devastating his death must have been to all these dancers and musicians who so adored him, who had worked so long and hard and who were on the very brink of taking it public.

The night the film had its premiere in downtown Los Angeles there was an unusual, high wind…so strong that trees were blown down. Unusual for this city. A friend of mine who was there said that she wasn’t the only one who was crying as she walked toward the theatre, feeling this wind was Michael’s presence.

See the movie.
See you next time, 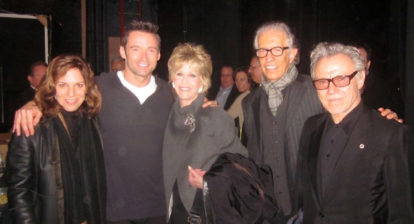 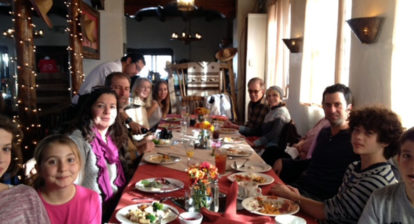 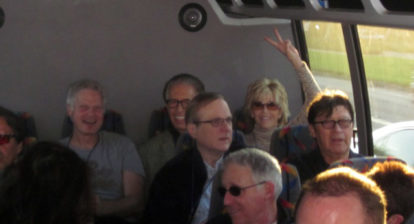