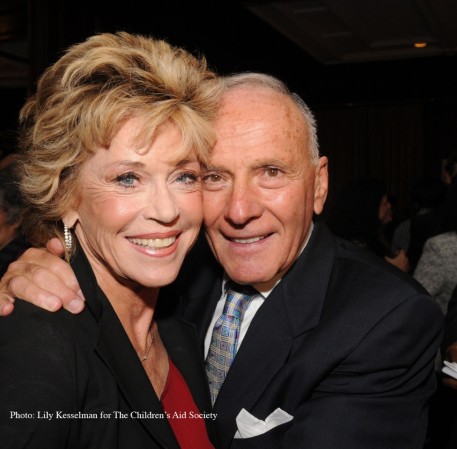 With my mentor Dr. Michael Carrera 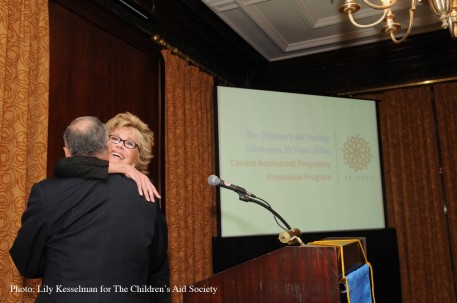 Last night there was a gathering at the Harvard Club to celebrate and honor the 25th anniversary of the Children’s Aid Society Adolescent Pregnancy Prevention program created and run by Dr Michael Carrera. It is one of the (if not THE) most successful programs which has been replicated all around the country. It wraps itself around the young people in the program for seven years–from when they enter middle school until they graduate high school, instilling in them the knowledge that they have a future that includes a job, health care, a savings account, college. They learn that they have value, potential, skills. Several of the alum spoke movingly about how the program made a difference in their lives. There wasn’t a dry eye in the house. Dr Carrera has been toiling in this youth development vinyard for 50 years!!! And I was proud to be there to help him celebrate. Some of the things I have heard him say that influenced the work we do in Georgia: “Young people may not remember what you do but they will never forget how you made them feel” and “These children aren’t at risk, they are at promise.” He speaks of what we do as “above the waist work” and says “it’s less about what goes on between their legs and more about what goes on between their ears.” I know from my 16 years with GCAPP how true this is.

After the event, I had dinner at Orso’s with New Yorker writer Hilton Als, he is doing a profile of me for the magazine and we are becoming friends. It was fun being with him back at Orso’s where I went almost every night after my Broadway show. I missed seeing Jeff Daniels (he’s still in “God of Carnage” and we were too early) who was also a regular there as was Geoffrey Rush. Wow! Writing this is making me miss the camaraderie and fulfillment of being on Broadway and I wish I was back in a play.

I am about to catch a flight to Dallas where I’m doing a fundraiser for The Women’s Media Center. Hilton’s coming with me. My dear friend, Helen LaKelly Hunt, has helped assure this will be an extremely successful event. She is also the driving force behind an effort called Women Moving Millions, motivating women donors of means to give $1 million or more to the many Womens Funds and foundations around the country. Since the initiative began 2 years ago they have raised $180 million all of which goes to benefit women and girls.