I’ve been studying my knee–the left one. It’s never been my favorite part of me, partial as I am to the boney variety– elongated, skin close to the bone. Like my dad’s. Picture Christ’s knees in El Greco’s painting of the crucifixion. It’s at the Frick Museum in New York, I think. At least that’s where I first saw it.

Still, I am growing fond of this left knee now that I have to say goodbye. It’s been a strong, faithful knee. It’s gotten me up a lot of steep mountains and across rugged terrain. For years I ran on it and skied. I am remembering the girlhood scabs from falls off my bike. The splinters and bruises. The kisses too. Vadim liked to kiss my knees. (He was French).

Hip replacement scars are off to the side and you don’t notice. Knee replacement scars are right there in front–a long dark line straight down the middle that inevitably leaves the knee somewhat misshapen. Liza Minnelli showed me hers back stage at the Tonys when she was demonstrating for me how to walk so the pain wouldn’t show. Bless her heart.

No more short skirts–but then I never wore them much anyway.

I saw the doc yesterday–straight from the airport. He took X-rays. Yup, need a new one for sure. I’m no hypochondriac.

He neatly printed his initials–J.R.M.–even including the periods and a big arrow pointing to the knee cap (very undoctorly. Usually you can’t read their writing but I guess that’s just for prescriptions. Don’t want to get a replacement wrong). He said, “Imagine if it got out that I replaced Jane Fonda’s wrong knee. Forget the career.” You betcha! 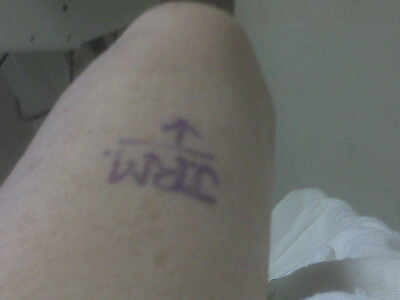 So before lunchtime today this faithful old knee joint will be sawed out and in its place will go a titanium rod and ceramic joint. I like to think it’ll be a floral pattern, the kind the Royals might use for tea.

I’m told this procedure is more complicated than the hip and that you never get full range of motion back. 80 percent maybe. Wanna bet? I have those Himalayan hills to trek in a year and a half and who know what other parts of mine will be replaced between now and then. The doc said my other hip isn’t exactly normal either.

I remember during my (brief) stint at Vassar, in philosophy class, debating whether Noah’s Ark would still be Noah’s Ark even if, over the years, every single plank, every piece of wood and screw had been replaced. It seemed a challenging question at the time. Now? A no-brainer. Of course it would still be the Ark just as I will still be me if all my parts are replaced. It has to do with essence. The sum is greater than its parts. I just feel lucky that I live at a time when parts can be replaced. If I was my grandmother I’d be chair-bound and in constant pain.

Instead, by this time next year, I will have come out with a whole new line of workout products for maintaining muscle mass and flexibility and I will be doing them myself. 80 percent my ass!

So I will take one last look at my left knee. I just lifted it up and gave it a goodbye kiss. And as I did, I noticed it’s pretty boney, after all. 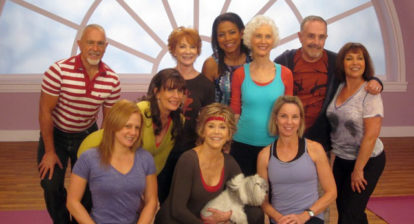 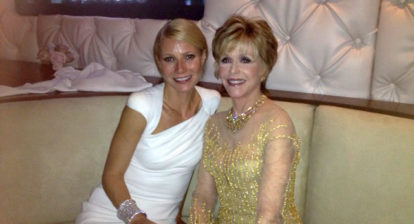