What a night!! The show was about to begin. Michael was trying to put bows back into Tulea’s ears when she jumped out of his arms and ran on stage looking for me. There was applause. “What’s that about?” I asked. Someone said, “Tulea’s on stage.” OMG. A stage hand came and got her. And before I could collect myself, I had to go on.

After the show, my in-laws (Can anyone tell me the correct title for parents of your child’s wife or husband?) came back. Dee had seen it three times ands this was Boswell’s 2nd and he thought it was much better. He enjoyed looking through the opera glasses—they were seated from row mezzanine. Dee felt it gave her an even better appreciation of the sets and lighting. I so adore them. While they were there, Reem Acra came back with four friends (three were Lebanese, like her and one was her dance instructor!! Go Reem!!) She remembered meeting Dee when Simone was there for a fitting for her wedding dress. I have to say, Reem is about the nicest woman you could ever meet. 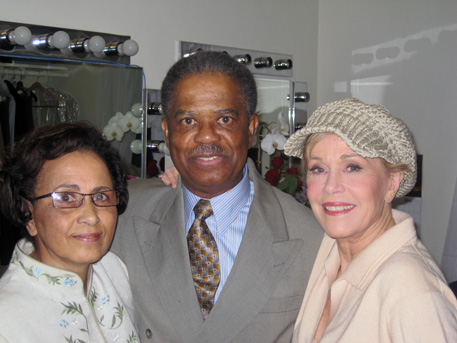 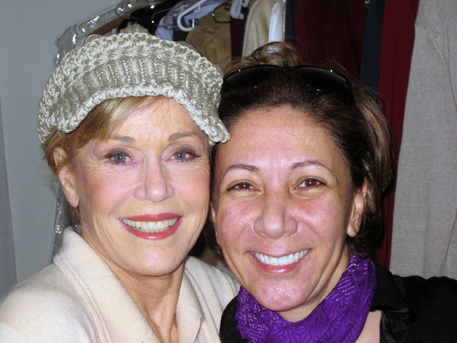 My first cousin, Mary Shanley, came back with her daughter, Kate, and we all went out to dinner. Mary is one of three daughters of my father’s youngest sister, Jane. We had a good time digging into family roots (and secrets). 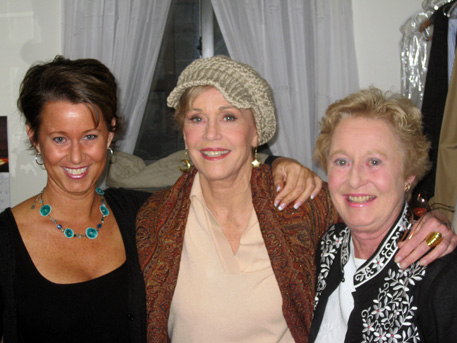 There is more I wanted to write about that I learned tonight –about what tends to happen actors as the close of a play draws near–but I must go to sleep. I have to leave for Montreal fairly early tomorrow.