It was long, just as I had been warned-three hours, to be exact. What I had not expected was the fun and collegial spirit that permeated the room. There were three very long rows of seats on a tiered dais. Everyone on the dais had been nominated for their performance in a new musical, musical revival, dramatic revival, original drama. Everyone was announced in alphabetical order and expected to say a few words. There were also special awards given to people who came up from the audience-Elton John (“Billy Elliott”), Arthur Laurents, Hal Prince, Angela Lansbury, among others. I sat between Janet McTeer, who has been nominated for multiple awards including the Tony for her performance in “Mary Stuart,” and David Hyde Pierce for his in “Accent on Youth.” Stockard Channing, Christine Ebersole were also on my row. Finally an award Outstanding Performance was given to Geoffrey Rush for his role as the 400 year old king in “Exit the King.” 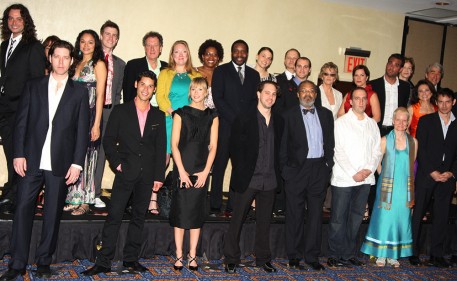 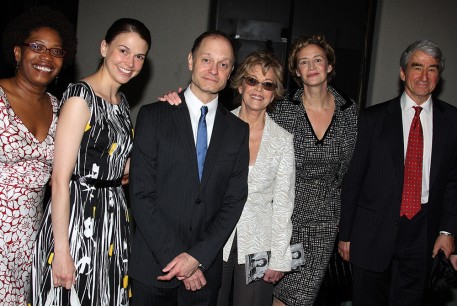 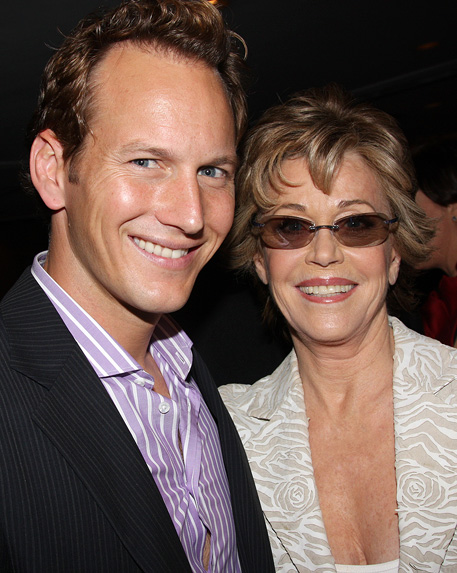 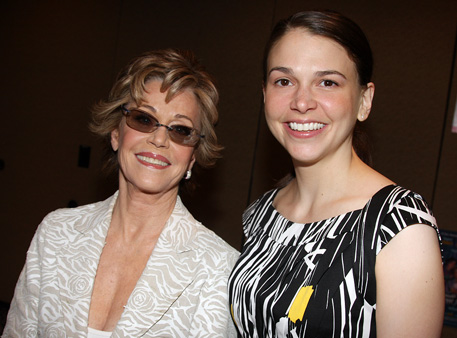 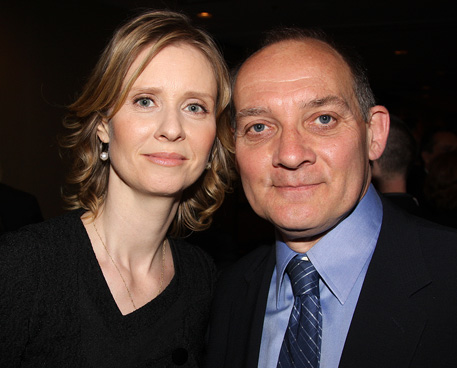 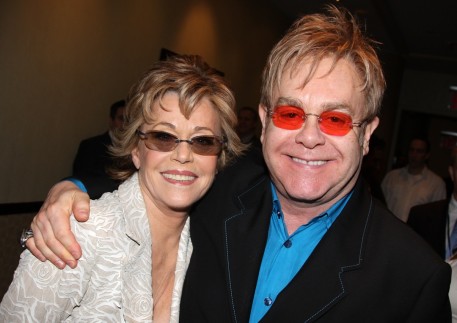 Tonight, my ex, Tom Hayden, and his wife Barbara Williams, are in the audience. She is a remarkable actor, composer and singer. I am so glad that they’ve been able to make it. Because she is an artist and musician, I think the play will speak to her. On opening night, I said to Troy, our son, “I think Tom will like this play.” Tom’s Irish-American, so the soulful nature of it, the blending of laughter and death—so many qualities that I associate with the Irish and with Tom-will, I suspect, move him. We’ll see. He won’t tell me if he hasn’t responded to it but I will be able to tell. 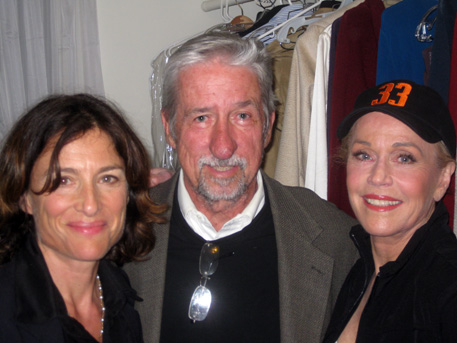 Dear friends from Atlanta are also here-Sarah and Jim Kennedy and Taylor and Shearon Glover. So, for me, tonight’s backstage crowd will represent the past and the present. 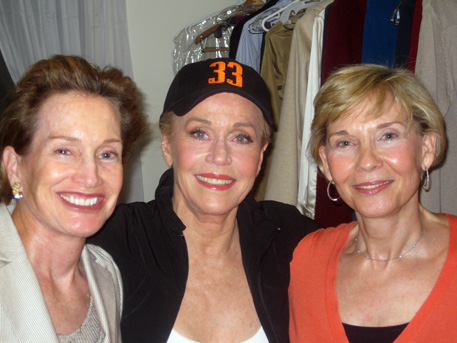 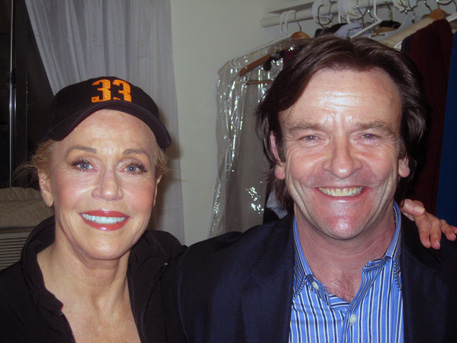