We got up at 6am. This alone is somewhat traumatic since, during the play, I’ve gotten used to going to bed at 12pm or 1am and getting up at 11am.
I skipped dinner. Partly because I was tired but mostly because I’ve been eating too much and I’m worried about fitting into my Reem Acra dress at the Tonys. I like to go to bed hungry some times. I wasn’t missed. Apparently they all had a really good time at dinner. We have some seriously funny people in the group.

We’re doing a pre-breakfast hike up the volcano on St. Bartholome Island. Again, I’m in the slow group…but at least I’m doing it–on a knee that will be replaced in 2 1/2 weeks. There are few animals on this island–lizards, crabs–because of its volcanic nature and extensive draught, there is little vegetation–little to eat.

We came back to a sumptuous lunch and then hundreds of dolphins put on a show for us, jumping higher out of the water than I have ever seen–and I’ve seen lots of dolphins. Nathalie Lansbury did a video of some of them right under the bow that I will post. Actually nothing from today will be posted till tomorrow because we’re in an area that doesn’t get a signal.

One nice aspect of this trip is that only days ago I was part of a tight knit theatre family that I hated to leave. Now I’m part of a somewhat looser knit family (we haven’t been together long enough)– a community of friends that are sharing enthusiastically this amazing adventure. Kids sguealing and yelling is what alerted us to the dolphins. They have all bonded. Young nathalie said, “Mom, can we move here?”

We left early to avoid the heat of the day. Still, it’s getting really hot. I did the first part but my knee has begun to hurt so I sat on a step to rest and wait. When I was younger, I would have pushed through the pain but at 71 years, you do that and you may do permanent damage.

Truth be told, I enjoy the chance to be alone, to take in the silence and to write. 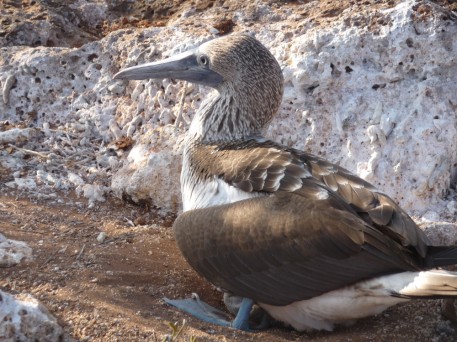 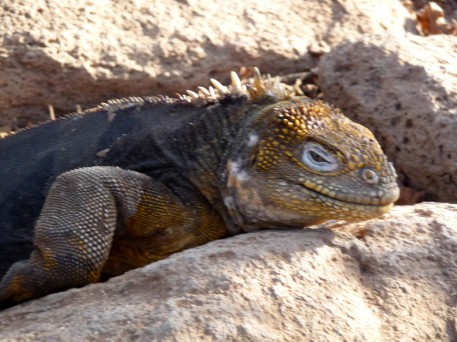 I don’t need to say what this is! (click photo to enlarge – photo by Lucho Verdesoto) 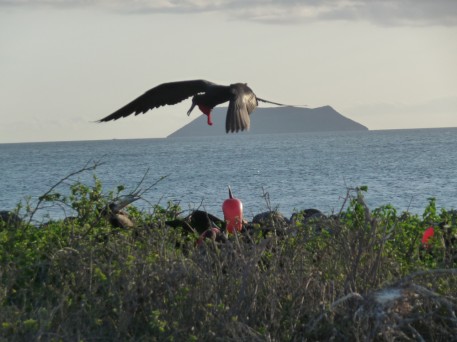 Frigate birds male with their gular pouch inflated in order to attract females. Flying over them is another male with a deflated pouch wanting to win the place for himself to inflated and score! (click photo to enlarge – photo by Lucho Verdesoto) 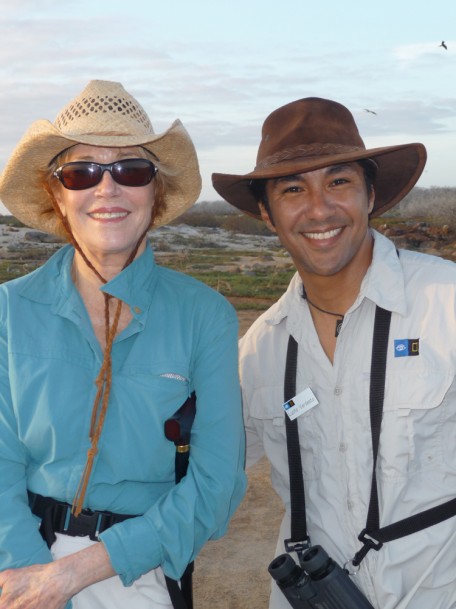 Me with our naturally gorgeous Naturalist Lucho! (click photo to enlarge – photo by Lucho Verdesoto) 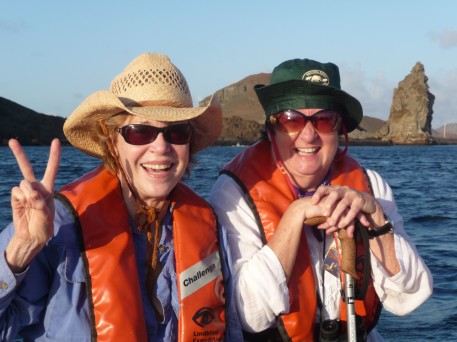 Me with Vivian who I never wanna travel without. Pinnacle rock in the back, as it should be! (click photo to enlarge – photo by Lucho Verdesoto) 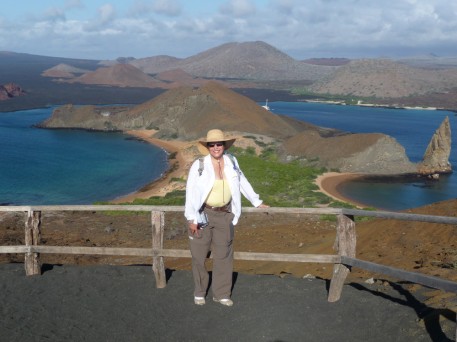 H: Cheryl who got higher than I did in today’s walk. (click photo to enlarge – photo by Lucho Verdesoto) 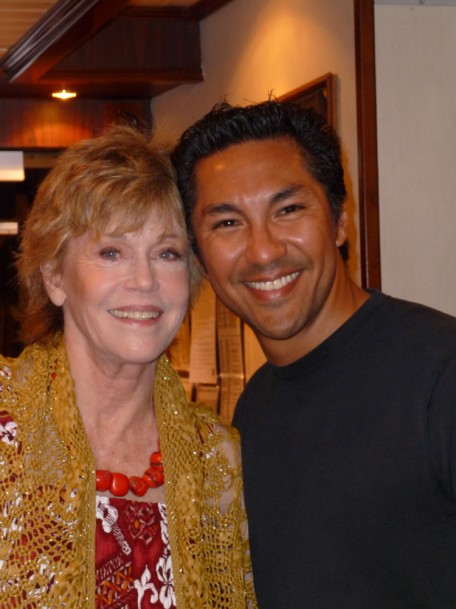 Me and Lucho (photo by Lucho Verdesoto) 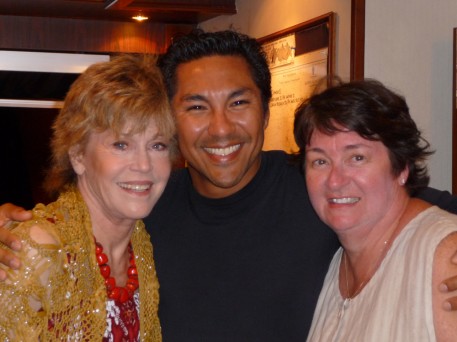 Me, Lucho and Vivian on board of the National Geographic Islander.