Tulea is so happy to be home. When she got out of the elevator she ran to the door of our loft-well, not ran, skipped is more like it, and I mean it literally. She skips. I never knew another dog who skips. She raced around the place looking for Mouse, the brindle cat she grew up with and loved to play with. Mouse would perch on the back of the couch and jump on top of Tulea when she went by and then they’d roll around and wrestle. But for reasons we don’t understand, Mouse began to poop on my furniture so she now lives with Carole and Tommy and there’ve been no more problems. Carole brought Mouse over today and Tulea was so excited. She was all over Mouse, but Mouse could have cared less. Poor Tulea-except on the way to the airport, I will drop her off with the couple who pet sit and who Tulea adores. It’s more than mutual and they have two small dogs and two big cats that Tulea also loves. The couple are middle aged and their business is called ManyPaws-get it, menopause. Cute, huh? Tulea gets so excited when she realizes she’s at their house that she forgets that we’ll be apart for awhile. It makes it so much easier to leave. 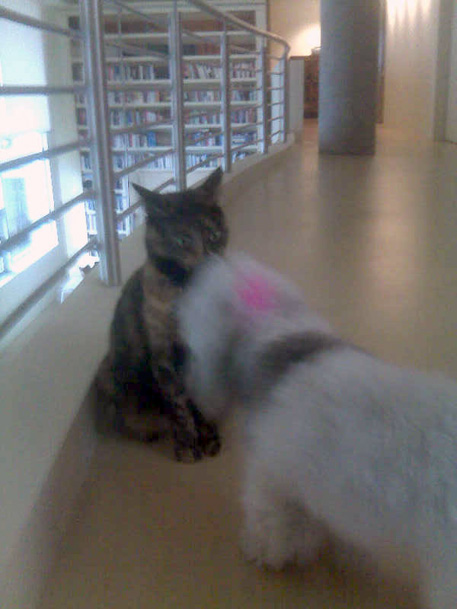 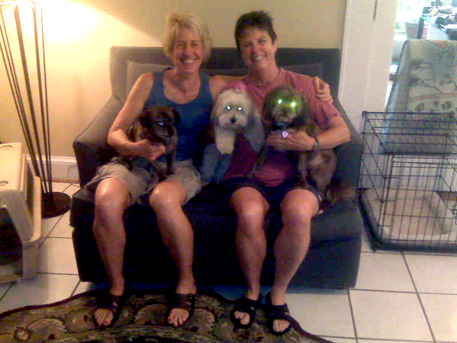 Tulea with Daphne, Jane and her second family. 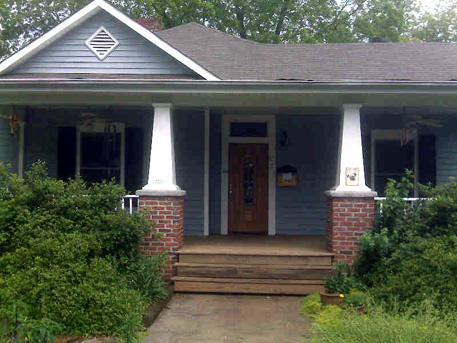 Tulea’s home away from home

Over lunch I will have a meeting with James Andrews about growing my blog, twittering, FaceBook, and hooking up with TONIC to sell my mug shot merchandise. James was at the Ludacris event last night doing a streaming video with his iphone and something called Ustream.

Gotta leave for the airport. Will be blogging and twittering from Equdor and the Galapagos. 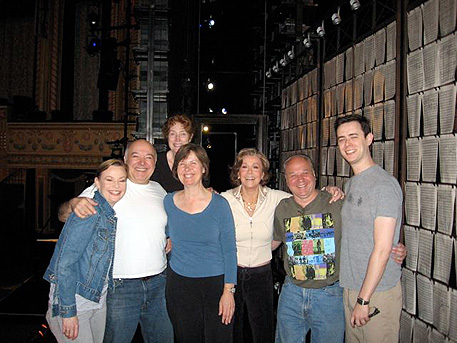 Look what Susan Kellerman just sent, knowing I was about to depart for the Galapagos…with the words “Don’t forget your other family.” Isn’t that fantastic? Like I ever could. From the left it’s Samantha, Don, Caitlin (in the back-my understudy), Diane, me, Cletus, Colin 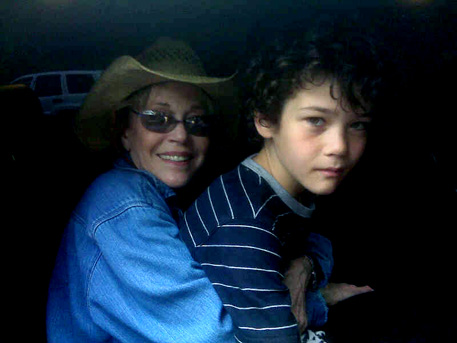 In car en route to airport with Malcolm on my lap. 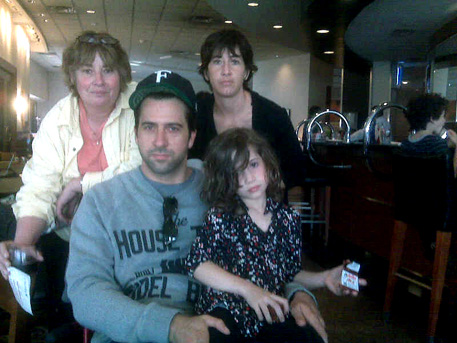 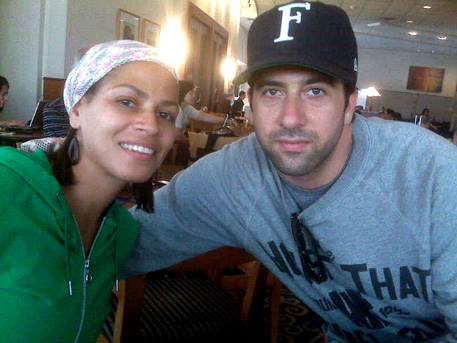 Simone and Troy at airport