Stage left is where the stage manager sits on a high stool, wearing earphones, the script in a loose binder with lots of notes and cues written on it. Above the “desk” are 3 monitors. Two of them are rather small. One shows the entire stage from the front of the house and one shows Diane Walsh, our classical pianist, from above as she plays. These images are in black and white. Then there is a larger screen (about the size of an old fashioned TV screen in the days of “Howdy Doody”) showing the entire stage from the front of the house in color. This screen can swivel to see different areas and close in for close ups. Linda Marvel is our main stage manager but she has trained Melissa and Pat and sometimes they “call” the show, allowing Linda to watch from the audience. In the absence of Moises, Linda gives us notes. Mostly they are technical (“This afternoon you came too far down stage and got out of the light) but sometimes they have to do with pace. (“The opening three scenes felt too back on their heels. You need to pick it up.”) She is very, very good at her work. I vaguely remember back when things for the stage manager were much simpler. Now, and especially given this technically complicated show, it’s a non-stop job with intercoms and you can’t talk to her for fear of distracting at a crucial moment. 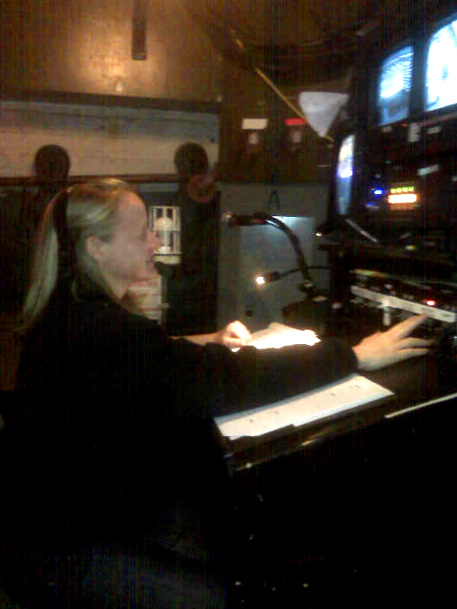 Linda at her station 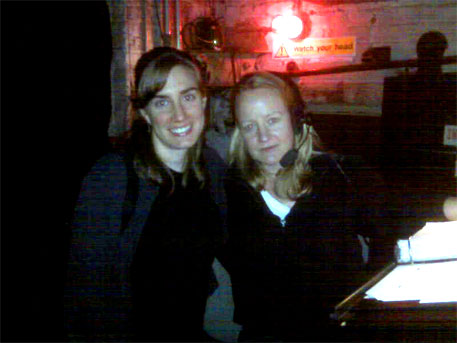 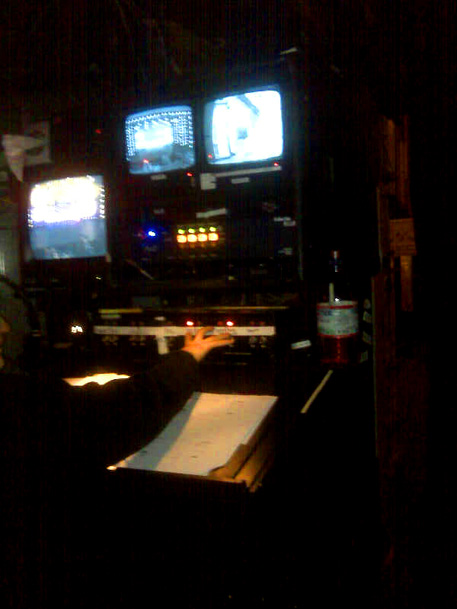 I asked Diane Walsh one day, how she manages to keep her fingers so flexible and strong, because she has so many really challenging, unbelievably rapid trills to execute. She said, “It’s not about the fingers. It’s about the back and shoulders, that’s where the strength comes from.” I like to watch her play on the monitor when I am waiting back stage to make an entrance and I can really see, now that I am aware, how much she involves her back in her playing-her whole body, in fact.

I wasn’t expecting anyone to come backstage after the show tonight but, to my surprise and pleasure, Jessica Andrews, the woman who was at the event in Phoenix who first told me she’d seen the play and found it very powerful was here. She said, “I was right when I said this is a part made for you.” 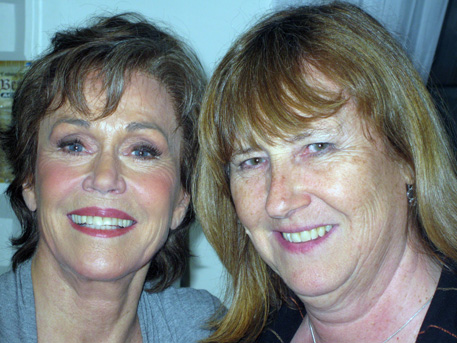 My dear friend for more than 2 decades, Barbara Pyle, also came back stage. She worked with Ted in the early 1990s to create the environmental TV series, “Captain Planet,” that is now appearing on MNN-Mother Nature Network. She remains a hard working, very knowledgeable environmentalist who has been through a lot of physical challenges. She’s proof of the saying, “What doesn’t kill you makes you stronger.”