Jessica, Ann, Ben, Rita and Richard are all in the audience tonight. I think all of us actors are doing well, but we are looking at each other and asking: “what’s up with the audience?” Don says, “They just haven’t arrived yet. They are the quietest audience we’ve had in a long time-except for the coughing. It kills me because, of course, I want it to be especially good because my friends are out there. Maybe they are really into it and just not responding as some do. We’ll see at curtain call. Sometimes we get surprised at the curtain call. Ann Roth has done costumes for me in so many films from “Klute” to “Nine to Five” and many others. She is extraordinary. I got to know Jessica in the 1970s when I got her to join me and Sissy Spacek to testify about the importance of small farmers before Tom Dashle’s subcommittee on Agriculture. All three of us had recently done movies about people who live and work the land. Jessica’s testimony was especially moving. Rita Taggert Wexler was in “Coming Home” with me, playing a nurse and we were cheerleaders together in the 4th if July scene. She then married the great cinematographer who filmed “Coming Home,” Haskell Wexler. We were together last year in Vienna for the Film Festival. 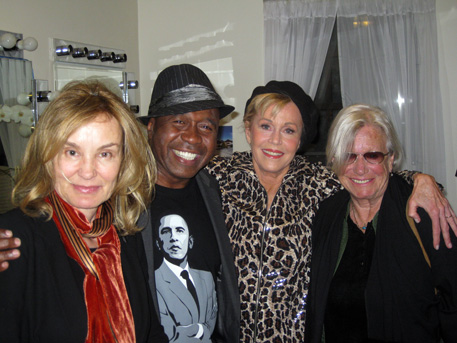 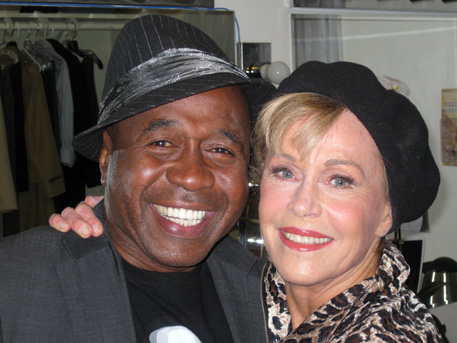 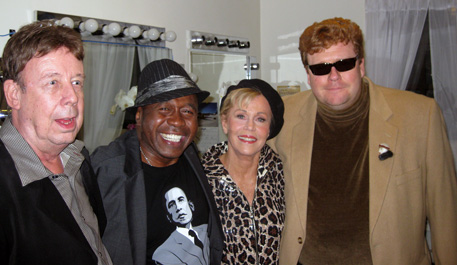 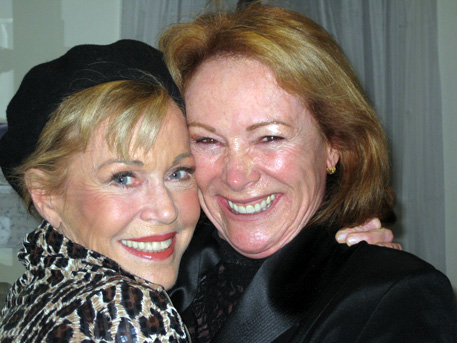 Ben Vereen was briefly part of the cast of the FTA Show. He joined us at the fund raiser in Quincy Jones’s back yard in Bel Air where we performed the show. I have not seen him since his accident.

After the show, Ann, Jessica and I will join Jeff Daniels, Bruce Weber and his partner, Nan Bush for dinner.

Weeeeelllll. I was so wrong. Turns out people loved the show. A LOT!!! Ann Roth was really moved by it-everything about it. Ben couldn’t stop saying how he loved it. Robin Morgan’s son, the musician Blake Morgan, came back for a second time and said it was so much better than in previews. Everyone was really excited by it. Whew!!! Especially Ann. I so wanted Ann to like it.

I am home now after a really fun, interesting dinner. I am so happy to have gotten to know Bruce Weber and Nan. AND-I didn’t realize that Jessica has become a photographer and has a book of her work out. I plan on getting it tomorrow. Ann told me she is truly gifted which doesn’t surprise me at all.

Lily Tomlin sat near us at Orso’s with her brother. She’s in town for tomorrow’s opening of “9 to 5: The Musical” We will walk the red carpet together. I can’t see the show because I will be doing my own but I want to “do” the carpet in support of Dolly and the other actors in the show who are so extraordinary.