I should have thought up an April Fools joke to play on somebody but I forgot to bring my calendar home last night and so I was sound asleep when I was awakened by a frantic call at 10:30 reminding me that I was to go on the air at 11am on the Joan Hamburg show done live from Sardi’s. OMG. It took me 3 minutes to get out the door…no coffee, no brushing teeth, no fixing face or walking Tulea (or feeding her, for that matter). Went on air only 2 minutes late!! Tulea and I have been kerfluffeled all day. The matinee went well, though. At least Scott Peacock said so and he’s seen the show four times before. (Still noticed new things today!) All this to say that I neglected to come up with an April Fools joke.

And now I’m all kerfluffeled again because I was just reminded that James Taylor and his wife, Kim, are coming tonight. My niece, Pilar Corrias (daughter of my half-sister) was supposed to come but she landed this morning from London with pneumonia and is hospitalized. I will go visit her when the show is over tonight.

I think James and Kim will like the show as it’s so much about the creation of music. Kim has done public relations for the Boston Symphony. I saw James’s show last summer at the Greek Theatre in Los Angeles. Part way through the first act, another back-up singer came out to join the two already there. She was this gorgeous, buxom blonde with a denim mini shirt and I leaned over and whispered to my brother, Peter, “Man, if I was James’s wife, I’d be pretty worried about that back-up singer being on the road with him.” When we went backstage to say hi at intermission, Kim (James’s wife) came up to me and I said, “Wow, you’re wearing the same clothes that back….Oh my lord, it was YOU!!!” Duh!!! I told her what I’d said to Peter and I think she realized what a compliment it was. I hope so.

Well, the show is over and James Taylor did not come but his wonderful assistant, Ellen Kusmin, did. She said James would try to come later in the month. But-Mike Nichols and Candy Bergen came. I’m glad I didn’t know Mike was there. Normally I like to know, but Mike-I would have been too nervous. 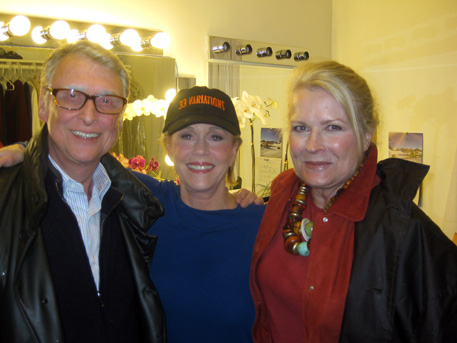 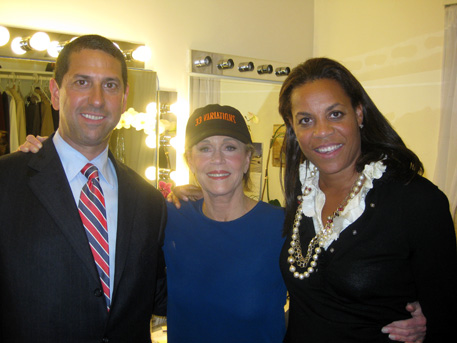 I’m off to the hospital to see my niece.