I had such a good show this afternoon. Felt infused with energy. During the costume change after the first scene, I said to Lori, my dresser, I feel like there are a lot of girls out there. I feel some sort of girl energy. I think it carried me throughout the play and, sure enough, after the show when time came for me to sign books (my memoir) that people (wonderful people) had bought for the benefit of Broadway Cares/Equity Fights AIDs, one was to be signed to “Friends of Emma Willard” (my high school alma mater) with about a dozen girls’ names. Ha!!!! I knew there was something special out there.

Also, I have received about $800 from my blogger friends for Broadway Cares. Thanks to all of you so much.

I got one comment today about how come I seem to have so many friends. This blogger said it is hard for them to make friends. I will blog about this tomorrow because I think it is a wonderful question. I do feel blessed to have many friends. One is Elaine Stritch. Here we are together at the NCTF gala the other night. (Note the purse!!!) 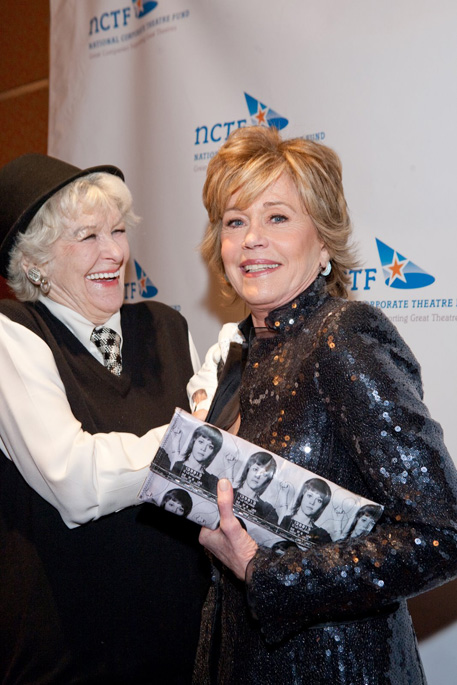 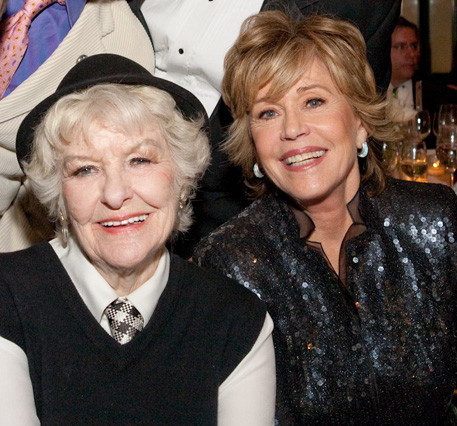 Another comment on the comments: I did not have a hangover after the cast party. Just sick and stayed in bed and didn’t blog. I try not to drink so much that I have a hangover. Hate them and have had my share in my day.

I finally feel I am getting over the cold which has hung on for so long.

We rehearsed today for the skit the cast is doing for the grand finale of the Broadway Cares fundraising effort. It’s called the Easter Bonnet event and all Broadway comes and pays to see various plays do skits and show off their bonnets. Maybe I’ve already written about this. Forgive me. I’m old. There’s a big dress rehearsal Monday with an audience and then the final show on Tuesday. I am trying to get a video of our skit. Don’t want to give anything away, but it’ll be funny.

Tell me what you think I should charge for the mug shot clutch. The profits are going to my non-profit The Georgia Campaign for Adolescent Pregnancy Prevention. 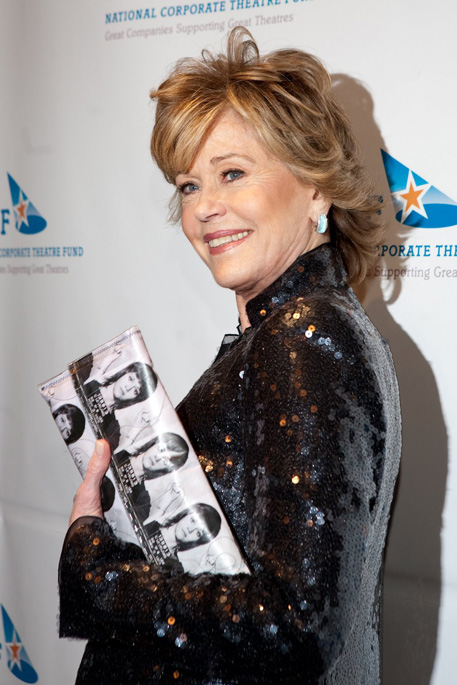 Here I am at the NCTF Awards with my mug shot evening clutch. Soon to be available on this blog. (photo by Lyn Hughes) 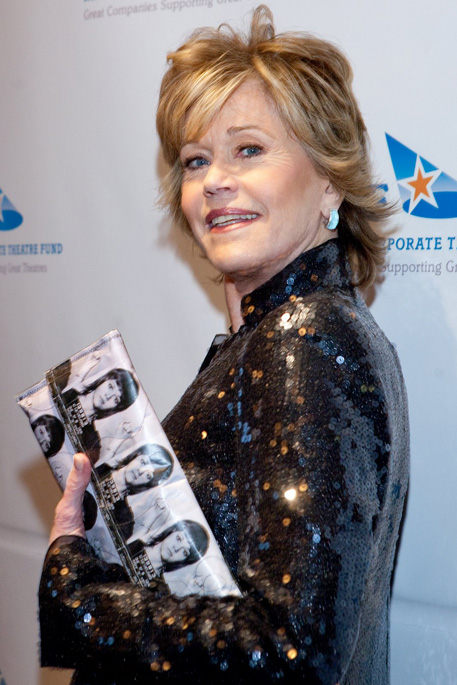 Joan Harris is the widow of the late Irving Harris. Anyone who has been working in the field of early childhood development and teen pregnancy prevention knows of Irving Harris. Maybe one or two of you are old enough to remember the Toni Home Permanent, Irv developed that and then became more than a wealthy businessman. He devoted himself and his fortune to children, founding the Chicago-based Ounce of Prevention organization. Joan is a supporter of the arts and I was thrilled that she came to the play. 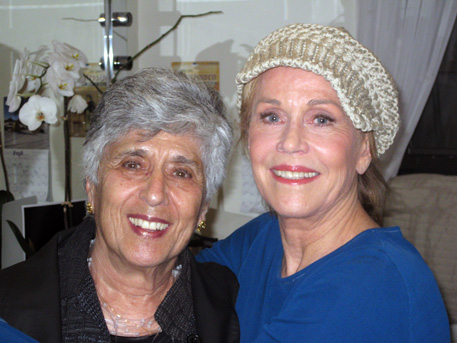