Itzhak Perlman, the great violinist, has come to the show. I will go out into the house after the rest of the audience leaves to greet him. He contracted polio at age four and is on a motorized scooter tonight which prevents him from coming backstage. I’m excited to meet him. 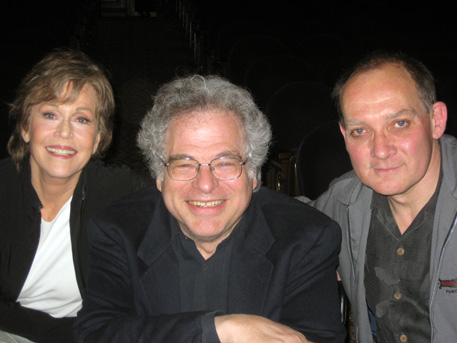 Richard Thomas AKA John Boy Walton, will be coming back stage. I saw him through the binoculars before the show started. His father was my firad ballet teacher at the Paul Taylor School. I adored him and when The Actors Studio was casting the young boy in O’Neil’s “Strange Interlude” (which starred Geraldine Page and in which I played the ingenue) I recommended young Richard. We’ve seen each other on and off over the years. He’s as nice a person as he seems. 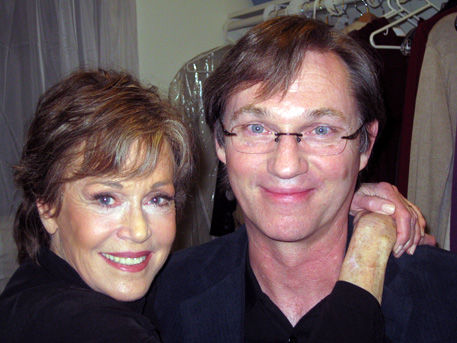 Bill Bartholomay will also come back stage. I met bill when I married Ted Turner. He was Chairman Of the Atlanta Braves and was at all the games. Sitting next to him at a game is like having a baseball wikipedia next to you. He is also Park Commissioner in Chicago and a dear, wonderful friend. 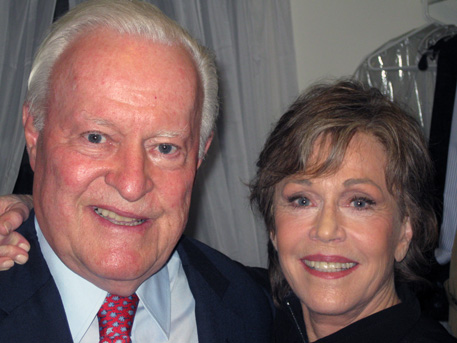 So now I am in the car on the way home humming with from the backstage excitment. Perlman was there with his wife, Toby, also a violinist. Zach and I talked with them for awhile out in the theatre. They so loved the play. Toby has seen it twice.

Richard Thomas doesn’t look any older than 2 decades ago yet he has grandchildren. He brought love from his wife and his father who now lives on a horse farm and, according to Richard, has a picture of me in his bedroom.

I am going to miss these loving encounters when the play ends. There is less than a month left and I am trying not to think too much about it.

Share This Post
Previous ArticleTweets on 2009-04-24Next ArticleGloria Feldt and her husband Alex
You May Also Like
PHOTOS FROM MY DRESSING ROOM
February 1, 2011
From Emma Willard to Lee Strasberg All in One Night
April 4, 2009
LESS TIME THAN I THOUGHT
April 25, 2009
JAMES EARL JONES
March 22, 2009
What a combo in my dressing room tonight
April 14, 2009
MUSEUM OF NATURAL HISTORY
April 7, 2009
14 Comments