One commenter on yesterday’s blog asked, “Are you saying that stimulation in your throat is just as satisfying as vaginal sex?” No, I wasn’t saying that (thought that was the male-POV wishful thinking in the porn film “Deep Throat.”) Looking back, rereading the blog in the sober light of today, with the cortisone calming down a smidge, I was just tripping out about how the photos of the throat look insanely like a vagina and, it turns out, the cells are the same. Got some interesting comments, including one from someone who felt I went too far…sorry. Didn’t want to offend. I’ll blame it on the cortisone. By the way, it was Kathy Griffin who first mentioned that I should get a cortisone shot for the throat. Maybe she’s seen her print outs and wanted me to experience mine. Maybe that’s where the trouble started-with Griffin. Maybe she never recovered from seeing her throat!!

Had a fascinating dinner with Tim and Wren Wirth after the show. I know, I should have gone straight home and to bed but couldn’t pass up the chance to spend time with them. Former Colorado Senator, Tim is now President of the U.N. Foundation founded by Ted Turner. I was bursting with pride when I heard the cutting edge work they are doing on energy issues-vast and deep and, if Congress can muster the will and vision to put the ideas into practice, the climate crisis may just be able to be turned around. But, as Tim made very clear, this must have more urgency than the incremental approach being proposed by some in high places.

I woke up to the lovely sight of my Lulu, a precious part of my extended family, who flew here from her apartment in Tuscon, Arizona to see the play tonight and fly to Alaska tomorrow where she will spend the next four or five months in the Alaskan Kenai National Wildlife Refuge. Lulu (her name is really Mary Luana Williams but the family has always called her Lulu.) She became a U.S. Park Ranger two years ago after being the first African American woman to walk the entire Appalachian Trail—alone! A trek of 6 months. She then took a 5 month assignment in Antarctica because she was afraid of the cold and wanted “to confront her fear”. That’s the kind of woman she is. Listening to her this morning as we chatted over breakfast made me cry. Through sheer courage, determination, reading, listening, keeping her radar out for signs of any person, story, experience that might help her grow and deepen, Lulu has gone from an angry, frighten person who didn’t like herself to someone who is at peace in her skin. It radiates. Years ago, when she lived in Atlanta and worked first at the DCD on domestic violence and then for the Hawks and Trashers (Basketball and hockey teams) foundation, she foundation the Lost Boys Foundation as a mechanism to get support for the 100s of young refugee boys from the Sudan who had fled the genocide there -some as young as 5 and 6 years old, and been in refugee camps for years. She got scholarships for them and jobs. She wrote a book, “Brothers in Hope” about the “Lost Boys of Sudan.” She’s a fine writer and I’m hoping she will write a book about her wilderness experiences. While in Antarctica, she sent us all a regular update on what it was like. They were titled “Soul On Ice: Part One,” etc. they were wonderful. She would like to encourage more African Americans to experience the wilderness.

I think she’s going to really be moved by the play tonight. 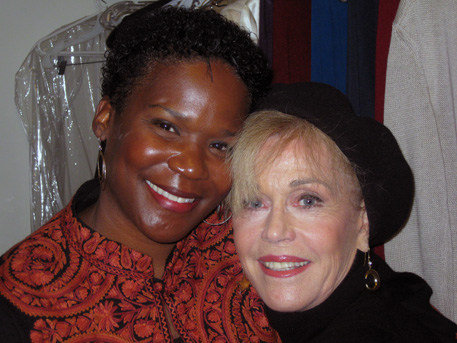 We’re going to dinner afterwards with my friend, writer (“The Preppy Handbook“) and radio interviewer, Lisa Birnbach. One of the wonderful treats about doing this play is that it’s given me the time and means (They know where to find me) to reconnect with friends. 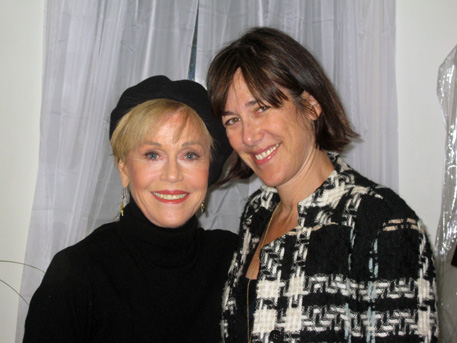 Oh, and speaking of that, who showed up unexpectedly last night but Ernest Thompson who wrote the play and movie, “On Golden Pond.” 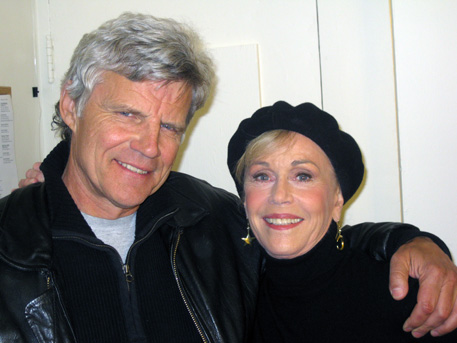 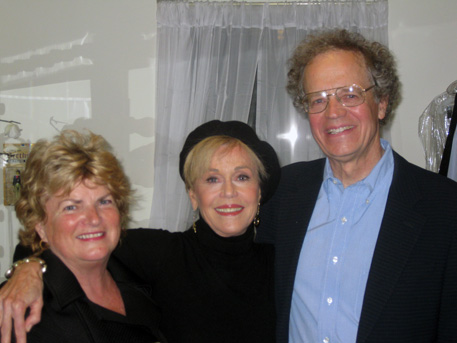 I’m off to nap and then to the theatre.