Today’s matinee audience was to die for. I wanted to hug them all. Standing and cheering at the end. There was even applause at the end of the first scene. That never happened before!

I learned an important stage lesson this afternoon. Wanting a little energy boost, I ate a chocolate turtle (Bridgewater, dark chocolate and pecans) between two scenes and then had to worry that I would inadvertently spit some remnants out during a speech. NEVER EAT RIGHT BEFORE GOING ON STAGE!! In real life this wouldn’t happen, of course, but on stage one is projecting and all kinds of interesting, unintended mouth/breath/voice-related events can occur. From now on I’ll save the turtles for intermission. Bridgewater Chocolate from Connecticut, by the way, is the best ever. I bet Katharine Hepburn knew about them. She was a real chocoholic. She told me once that the reason she was so sweet is because she ate so much chocolate. The only problem with that being that she wasn’t very sweet-a lot of other good things, but not sweet.

I just woke up from my nap. I dreamed my daughter succeeded in getting all of Georgia eating organic, locally grown food. If anyone can do it…

Tonight, Laura Turner Seydel, Ted’s eldest daughter, her husband, Rutherford, and their three children are coming. Rutherford and Laura for the second time. I’m tickled they liked the play enough to want to bring their children-all of whom call me ‘grandma.’ We’ll go out to dinner afterwards and I am so looking forward to spending time with them. I don’t get to see them as much as I’d like and the kids are growing up faster than I can keep track. 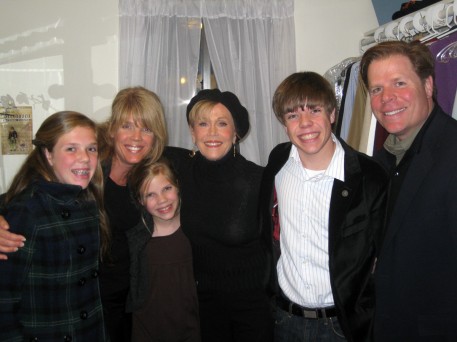 Marsha Mason just sent me the most beautiful vase of spring flowers. We were to have dinner tomorrow night but I think she didn’t realize it was Easter when she said ‘yes’ and she subsequently had to cancel. So-I will go to two movies with Tulea: “Sunshine Cleaning” and “The Class.” Haven’t done a two-fer for ages. Sometimes I like to see 3 movies in one afternoon/evening, but since the show gets out at 5:30, I don’t have time for 3. I haven’t seen a movie in ages. 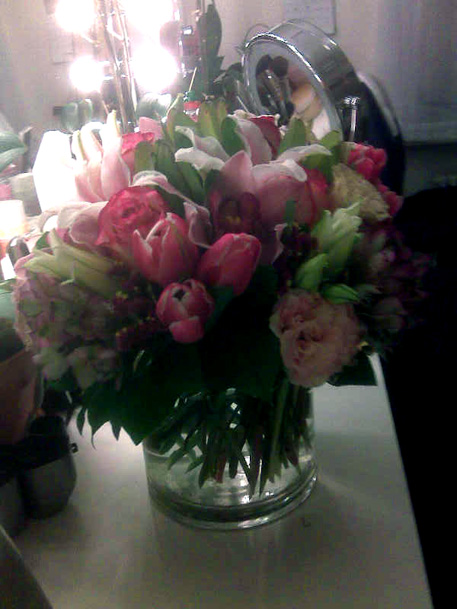 Right before the second act I found out that Don Amendolia has no plans for after the show tomorrow so he’s going to come to the movies with me.