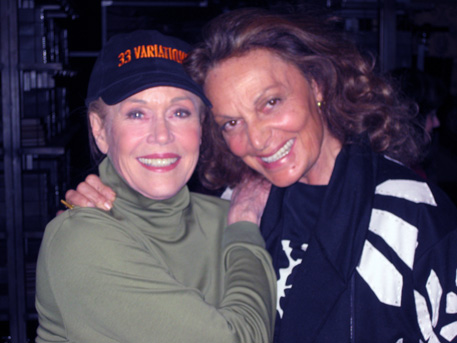 Diane Von Furstenberg came backstage after the show, very moved, enthusiastic and generous about the play.

Moises was here tonight, too. It’s been 2 weeks since he’s seen the play. He felt good about it but has notes that he’ll give us tomorrow. I will call him when I wake up. I love getting his feedback. His mother was with him and it made me feel good when she whispered to me that she thought I had gotten better in the role. Well, it does happen that, with time, we can sink deeper into it. I guess it could get stale, too. But the themes of this play continue to inspire me. Not that every performance is optimum but every performance can be informed-infused- with the beauty of the themes.

I told Moises that I blogged the other day about feeling abandoned by him and jealous that he was on to new projects. I was interested that he, in turn, said that tonight, watching the play, he felt “abandoned” in the sense that the play, like a fledgling bird, has grown wings and is flying without him. I can understand that. I had somewhat the same sensation when I cut about 300 pages from my memoir prior to it’s being published. I read it as though looking through someone else’s glasses so that it became removed from me–someone else’s story. It is an extremely interesting process, this process of creation, and I feel so fortunate to be part of a creative community.

I gotta say, before I sign off, I would kill for Diane Von Furstenberg’s cheekbones. OMG!!

See ya next time. 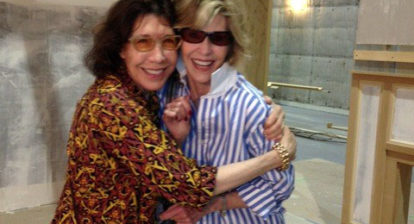