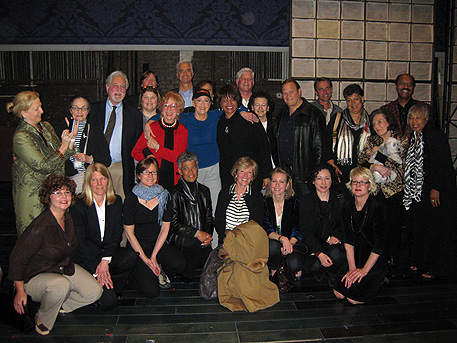 About thirty friends from Atlanta and other parts of Georgia came to the show this afternoon. Many of them board members and supporters of The Campaign for Adolescent Pregnancy Prevention that I founded in 1995. It was such fun having them come up onto the stage after the rest of the audience had left, giving them a sense of what it feels like to be up there. Next to me in this group picture is Michele Ozumba, the President and CEO of G-CAPP. The good looking guy with gray hair is Rick Myers, another board member from Dalton, Georgia. The woman in the red suit with thick-rimmed glasses is Dr Betty Siegel, former president of Kennesaw College-also a board member. 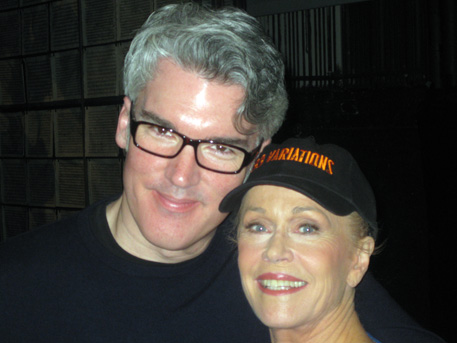 Scott Peacock saw the show for the fourth time this afternoon and says it was better than ever and that he saw news things in it this time. Believe or not, he’s coming again on Wednesday. Scott, the award-winning chef, will be on the Today Show on Monday. I asked what he will cook. “Chicken and dumplings,” he replied. Yum. Check him out.

I am writing between scenes and was just told that actor Liv Ullman will come back after the show. I feel confident she will feel a special connection to the play. After all, she made countless brilliant films with her husband, Ingmar Bergman, whose films often wove life and dearth together. I am such an admirer of Liv. 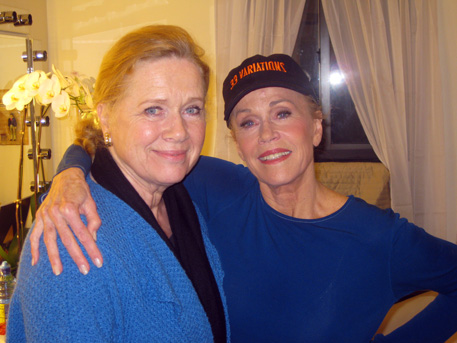