By WENDELL BROCK
The Atlanta Journal-Constitution 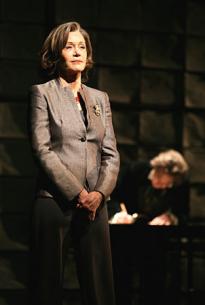 New York — Jane Fonda says critics “excoriated” her 2005 movie, “Monster-in-Law,” a popcorn comedy with Jennifer Lopez that marked her return to filmmaking after a 15-year hiatus. But Fonda says the project relaunched her career and connected her with a new generation of fans.

It also emboldened her to try Broadway again.

On Monday night, after a 46-year absence, the two-time Oscar winner and political activist who became one of Atlanta’s own when she married (and later divorced) media mogul Ted Turner, returns to the Great White Way in “33 Variations.”