Jane Fonda returns to the stage, radical and chic.

By Mary Kaye Schilling
All Photographs by Brigitte Lacombe 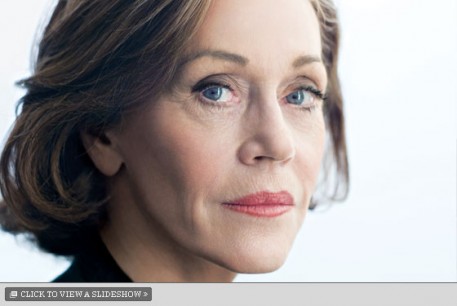 It is a voice we’ve missed, a voice like no other—an amalgam of disparities and contradictions: tautly seductive, caustic and soothing, detached yet engaged. As complex and mutable, you might say, as the woman herself. So it’s no surprise that for her first Broadway performance in 46 years, Jane Fonda chose a story about transformation. In Moisés Kaufman’s 33 Variations, she plays a musicologist with ALS, hoping to solve one last mystery: why Ludwig van Beethoven spent his final years, stone-deaf, writing 33 small masterpieces based upon one inferior waltz by another man. “I’m attracted to people with passionate obsessions which override things like age or illness,” says Fonda. “I found the play really visionary—the interplay between past and present, between life and death.”

Kaufman gave Fonda the part after a dinner that lasted a little over an hour. “That never happens. Never!” he says. “She was telling me things that I thought of when I was writing the script.” Fonda—who is working on a book about aging for Random House—recounts a curious coincidence. “I was writing a chapter that talked about Beethoven when I got the script,” says the 71-year-old actress, who is a classical-music fan but no expert. “I was writing about how even with infirmities, some of the great people in history—Matisse, Schweitzer, Beethoven—achieved the pinnacle of their work under very challenging circumstances related to age. So this play is the perfect thing for me to be doing right now.” 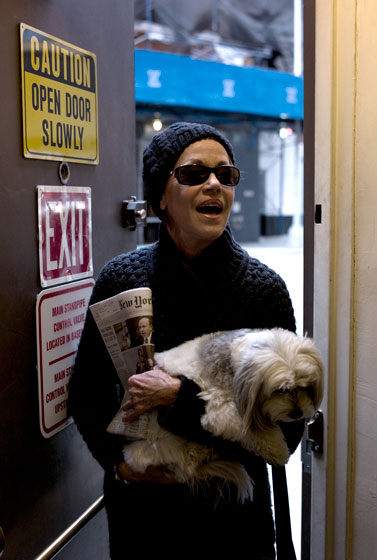