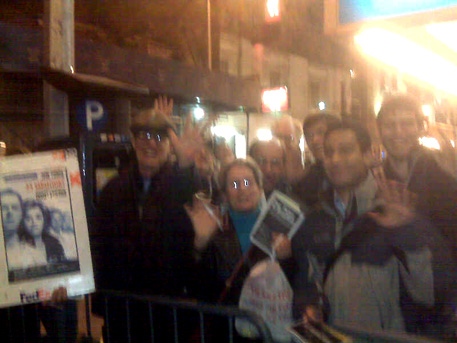 Outside the theatre after the first preview. Fun, huh? 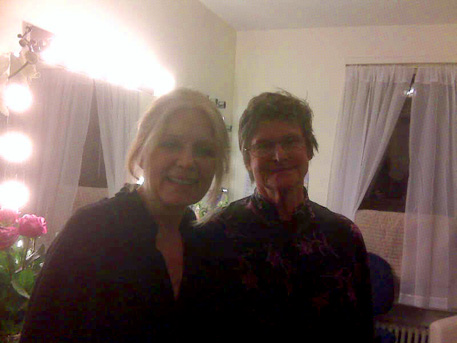 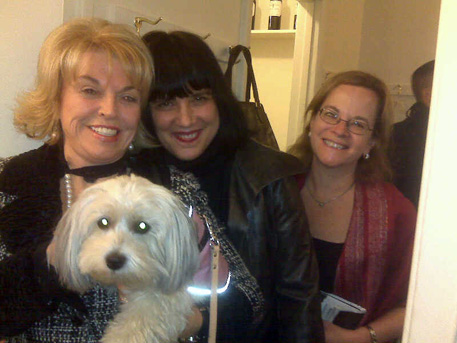 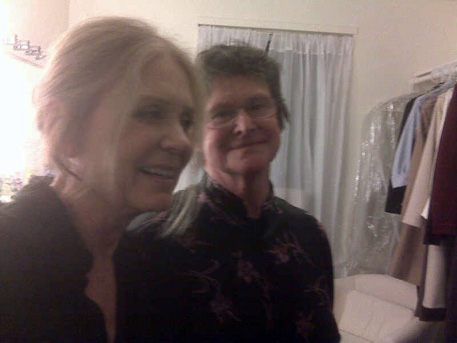 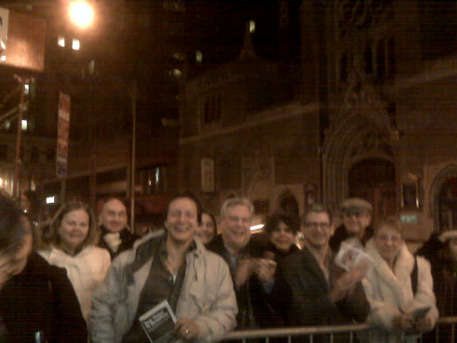 Fans outside the theatre. To tell you the truth, I didn’t expect there would be many fans outside the stage door…one or two, maybe. So this was quite a loving surprise and the comments—about Tulea, about my memoir (one man even quoted something I wrote that had affected him a lot), about my blog and about the play which many had seen.
Speaking of Tulea, she actually watched the show in the arms of her pet sitter sitting in the orchestra—never taking her eyes off me!! 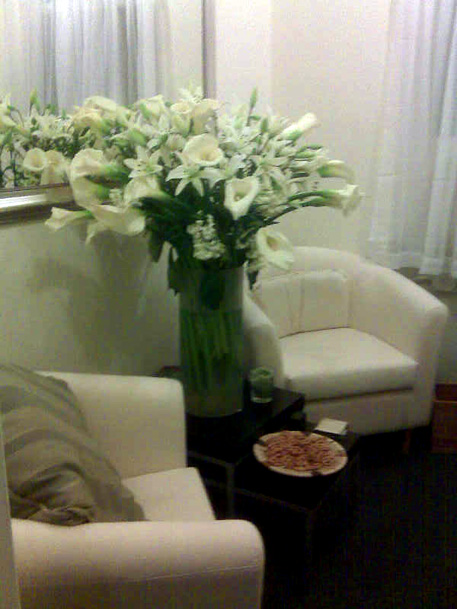 These gorgeous flowers came from my friend Val Kilmer who is my neighbor in New Mexico. Lucky me!!!

Last night was a good night and I received so many nice comments on my blog from people who were there. Who knew what a wonderful viral community could evolve from a blog. I was so happy to have my friends there last night. Afterwards the whole cast and production team went to Dan Marino’s next door for a drink. Zach Grenier who plays Beethoven said today that he had a glorious conversation with Gloria Steinem about Beethoven. No surprise to me that Gloria could teach him a few things about the master. She’s so amazing.

After that I went to dinner with Eve Ensler and Pat Mitchell. I am blown away that Pat and Eve not only came to the show but spent the evening (till 1am) talking to me about it. I say this because Eve is in the midst of a massive national campaign to focus attention on the sexual violence in the eastern Congo. She and Dr. Mukwege, a heroic Congolese doctor devoted to saving the lives of the women who have been raped and mutilated every day are meeting with the Secretary General of the UN today and will soon leave on a national tour. I urge you to go onto her organization’s (V-Day) website to learn more about the situation in the Congo and what you can do to help. Check out where they will be appearing in case you can attend one of their events. The V-Day website is on the front page of this website as I am on the V-Day board-as is Pat Mitchell.

Everyday I thank God for friends like Pat and Eve. Pat is the President and CEO of the Paley Center (formerly the Museum of Radio and Television). Before that she was President/CEO of PBS and before that she ran the Documentary unit at Turner Broadcasting when Ted had her producing epic 12-hour docs about the Cold War, the Vietnam War, The Millenium and A Century of Women among others.

Again, I meant to get up this morning and do some serious blogging catch-up but stayed out too late and barely made it to the theatre in time for rehearsals. This is the start of what is usually a challenging time in the life of a play. Definitely one thing I remember vividly from 45 years ago when I was last here: When the playwright begins to tweek the play and we get new lines, even new scenes, every night. 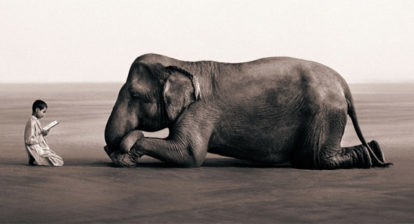