Today we got on our feet for the first time and blocked the first scenes. I am pretty tired from last night. Won’t be doing any parties again while we’re rehearsing but having a dinner for Danny Boyle was irresistible. Still, I was zombie-like in rehearsal today. But getting up from the table gives me a better idea of what the scenes feel like and what Moises wants

After lunch we practiced singing the Kyrie Eleison chorus from Beethoven’s Mass in C. Beethoven was writing the Mass in between working on the 33 Variations. It is so powerful, so moving. When Moises played us a CD of the Mass’s chorale I wept. To think he was deaf and very ill when he wrote this!

I was relieved to discover that I am not out there all on my own singing it. All the other actors sing–in a beautiful harmony (Don and Erik have really beautiful voices!) And when we are all together it is powerful and very moving–especially in the context of the play. Don told me it comes as a complete surprise in the play…the only time there is singing, and that the audience is usually moved by it.

So–Danny Boyle. He is everything Troy and Simone told me he was: 100 percent present for every person who came up to him. A real mensch. As I co-hosted the dinner, I sat next to him and got to ask a lot of questions. He, his screenwriter and composer all won Golden Globe Awards the night before and Danny was especially moved for the composer, A.R. Rahman, who, he told me, is a huge star in India. Huge. The Golden Globes Awards were shown on Indian TV at breakfast time so all of India, including children, were watching and, apparently, when he won, there was cheering and celebration and on its front page news. Danny was sensitive to the importance of this event which has served to lift the spirits and pride of a country so recently rocked by terrorists in the city of Mumbai where “Slumdog millionaire” was filmed. 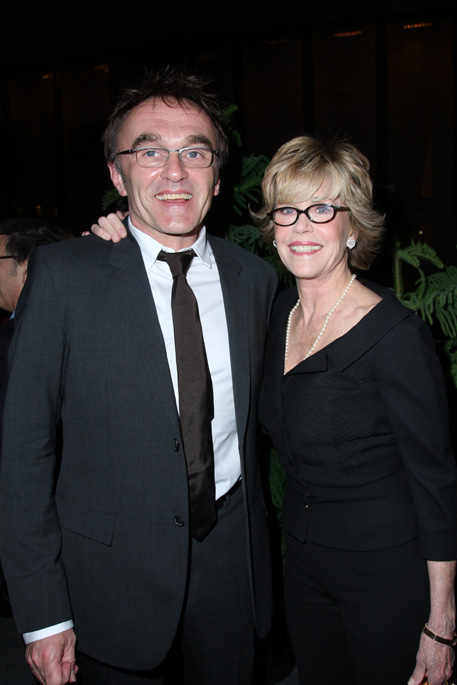 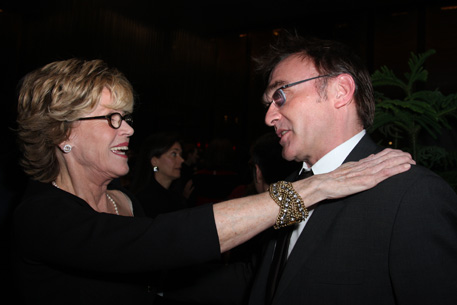 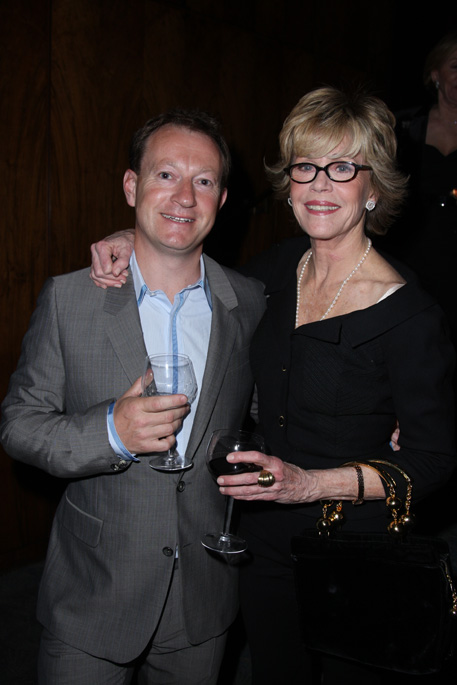 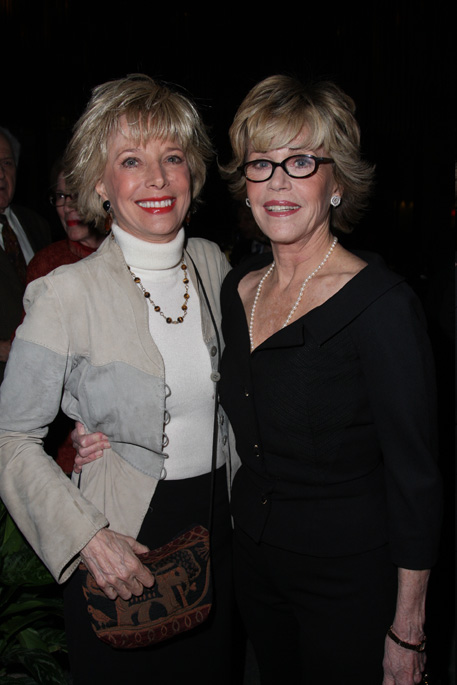 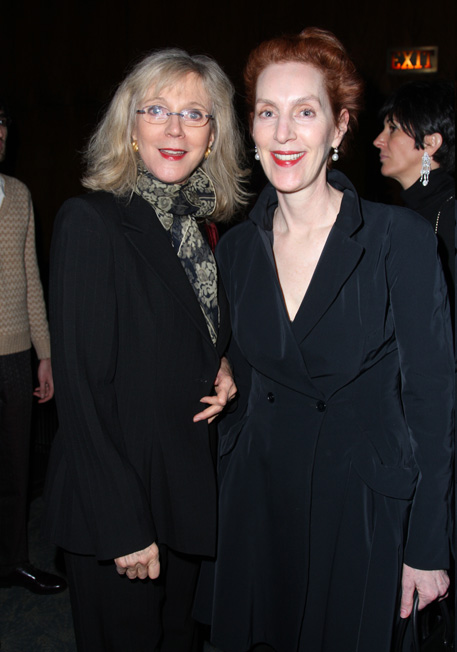 Danny described being smitten by Mumbai–its energy, its people. He feels it is similar energetically to New York (which he also loves). The people in the slums where he shot asked him not to make them look poor. I’ve been in that massive, sprawling, horrific slum. I’ve seen the poverty, so I understand why Danny was so moved by this desire on the peoples’ part. Danny made a point of saying that it is poverty, yes, but not ‘abject’ poverty in the sense that people remain resilient, friendly, proud. He acknowledged, however, that for women it is especially hard–so much gender violence. (Six years ago I went there with Eve Ensler and Marisa Tomei to perform the “Vagina Monologues” as a fundraiser for a women’s shelter in the center of the slums. We went there, talked with some of the women and met with the staff. I will never forget the women whose legs had been broken, who had been stabbed and beaten by husbands, male relatives or boyfriends. Some of them were very young. It is difficult for people from the western, developed world who have never been in the global South, countries like India and Africa, to comprehend the extent to which women have no rights, no protection, to social standing and how often they are treated like chattel, to be brutalized, denied education, even the right to go outside alone and uncovered.

Danny Boyle told me that he had created a scholarship for the three young actors (2 boys and a girl) to permit them to go to school. Two of them had never had any education. As an incentive to their families to keep them in school, the scholarships have been set up so that when they graduate they will each receive a considerable amount of money. I am not surprised that Danny, in the midst of all the attention and accolades that he and the film are receiving, has not forgotten the youngsters.

While I’m writing this, the wigmaker, Martial Corneville, is making a plaster mold of my head that he will then use as the base for the wig. 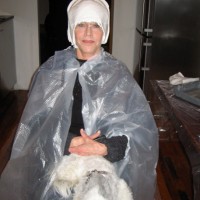