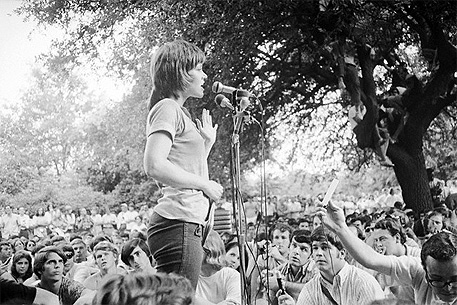 May 14, 1970: Actress Jane Fonda speaks to a rally of 2,000 students at the University of South Carolina. Miss Fonda, who has been active in protests against the Vietnamese War and for rights of American Indians, told her audience that “repression is coming down all over the nation.” South Carolina University was the scene of anti-war protests following the U.S. invasion of Cambodia. 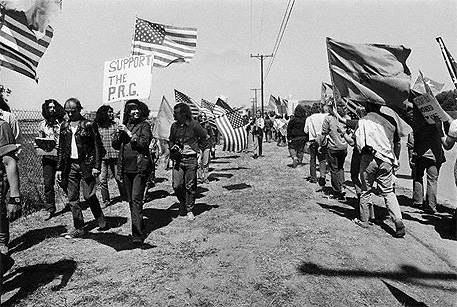 SAN CLEMENTE, CA: Actress Jane Fonda (center, carrying sign) leads a group of activists in a protesting picket line at the entrance to the Wesyern White House where President Nixon is hosting Pres. Nguyen Van Thieu of South Vietnam. Miss Fonda’s group opposes the Saigon regime of Pres. Thieu, claiming the Provisional Revolutionary Govt. of South Vietnam to be the rightful representative of the people.